Tenure, once a foundational tenet of higher education in the United States, has been disappearing in recent decades. Devised as a way to protect teachers’ access to academic freedom and financial stability, it has faced threats from academic institutions’ decreasing reliance on tenure-track faculty. In its place, universities have been utilizing part-time and non-tenure-track lecturers and adjunct faculty with increasing frequency. These educators earn less money, have short-term contracts and little job security when compared with their tenured colleagues. This creates an environment in which lecturers’ lives are less stable, diminishing their ability to research and publish, thereby affecting not only their livelihoods but also students and society alike.

What is Tenure For?

Tenure, as we understand it today, was described by the American Association of University Professors (AAUP), an advocacy group established in 1915, to protect academic integrity in higher education. In a declaration titled, “Statement on Principles of Academic Freedom and Tenure” in 1940, tenure was defined as “an indefinite appointment that can be terminated only for cause or under extraordinary circumstances” for the purposes of “freedom of teaching and research,” and “a sufficient degree of economic security to make the profession attractive to men and women of ability.” A professor with tenure can research and publish material without fear of being fired for their views, even when they contradict those of the institution they work for. His or her economic security allows them to pursue research that may not be immediately profitable to either the researcher or their institution.

As the AAUP points out in their 2015-16 Economic Status Report, pursuits like these have had “extraordinary impact on science, technology, and society.” In the case of Nobel Prize winner, Paul Modrich, he undertook research on DNA mismatch repair that was considered “high-risk” at the time, with little chance of success. His findings isolated the cause of “20 percent of all forms of colon cancer, saving thousands of lives.” Locally, tenured University of Michigan professor Ed Sarath recently published the book Black Music Matters, which critiques systemic problems with pedagogical methods in music education (Current readers will remember our March 2019 book review). These methods are currently in use at U-M. The decision to openly interrogate the institution that signs his paycheck would have been less likely had he been concerned aobut being rehired in the fall. The AAUP agrees, stating that decreasing tenure rates have “imperiled academic freedom”.

Over the past 40 years, across the nation, there has been a 62 percent increase in full-time non-tenure-track faculty appointments and a 70 percent increase in part-time instructional faculty appointments. A full 70 percent of academic positions today are off the tenure track and part time, also according to the AAUP study. The average earnings for this bulk of academic positions was less than $17,000 annually, forcing most to seek second jobs to make ends meet. According to the AAUP, “25 percent of all part-time lecturers’ households [are] receiving some form of public assistance from the federal government. This effect is especially felt in an expensive town like Ann Arbor, where a study by the Department of Housing and Urban Development in 2015 found that the average rent for a studio apartment in Washtenaw County was nearly $10,000 per year. Marlin Jenkins, a lecturer at the University of Michigan, to find affordable rent, commuted an hour to get to work, and had a part-time hourly position at the Neutral Zone to close the gap.

Due to the short contract lengths (as short as a semester during the spring and summer), lecturers like Jenkins are continuously applying for positions at other institutions. Current employment at an institution does not guarantee a position in the next academic year. Last minute hires are common. As one lecturer drops out of a job when another job closer to home with better pay opens up (or if they end their lecturing career in favor of a more stable career pathway), another is forced to make a similar decision. Once, Jenkins was required to prepare for a semester of work although he hadn’t yet been offered the job.

Jenkins’ finds his time as a lecturer a “balancing act between being grateful and being frustrated. I love the job, love the students,” but it is difficult to always be looking towards the future and staying present for those students. Despite the dilemma, he excelled at the latter, being nominated for a teaching award last year, but the balancing act takes its toll. After all, like many lecturers, Jenkins hopes to one day be on the tenure track. This means not only creating a body of notable work, but also having that work published by a major publishing house–no small task if he had the ability to devote all his time to it.

“There has to be a better way”

In a time in which higher education is more expensive than it has ever been, and national student debt climbs into the trillions of dollars, the amount of money institutions of higher education are investing in the individuals who directly educate students is falling. This leaves lecturers like Marlin Jenkins, who have dedicated their lives to education, performing a tightrope act to make ends meet. In the last fifteen years, unions like The Lecturers’ Employee Organization here in Washtenaw County have made great strides to ensure better working conditions for the educators who make up the bulk of the teachers at the University. Still, as Marlin relates, “there has to be a better way”. 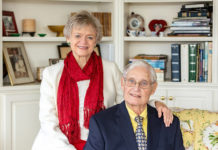 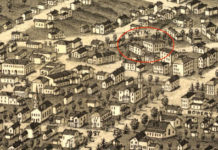