About the Westminster Kennel Club

The Westminster Kennel Club, established in 1877, is America’s oldest organization dedicated to the sport of dogs. It hosts the iconic, all-breed, Westminster Kennel Club Dog Show: the second-longest, continuously held sporting event in the U.S., as well as the longest nationally televised live dog show since 1948!

The nearly 3,000 dogs from the U.S. and around the world make Westminster Week a pinnacle experience for any dog lover. The Dog Show has captivated canine enthusiasts for more than a century with its educational benched format, where the public can engage with more than 200 breeds of dogs in New York City. The Club’s mission, which enhances the lives of all dogs, celebrates the companionship of dogs, promotes responsible dog ownership, and breed preservation. The iconic dog show is set to return to New York City after the 2021 event was held outdoors in Tarrytown, New York, due to the COVID-19 pandemic. Redmer will judge the Herding Group, her third judging assignment at Westminster and it will be live on Fox Sports 1. Her Herding Group winner will advance to the Best in Show competition held on Wednesday evening, January 26, 2022.

Redmer began in 1970 training an All-American shelter rescue dog. She acquired her first Belgian Tervuren in 1971. Since then, she has become a breeder for StarBright Tervuren, which prepares dogs for more than 150 Kennel Club competitions in a multitude of categories, including: Conformation, Obedience, Rally, Herding, Tracking with High in Trial, and All-Breed and National Specialty Best in Show. Redmer has many achievements- In 2014, she received the American Kennel Club Lifetime Achievement Award in Companion Events. She has judged numerous herding breeds’ National Specialties and iis approved to judge the Working and Herding groups, many Sporting breeds, Poodles, Junior Showmanship, Best in Show, Obedience, and Rally. She also judged the inaugural Masters Obedience Championship at Westminster in 2016! Redmer is admired for her hard work and dedication to the training and judging of the dogs. “Kindness is never wasted,” she likes to say. Exhibitors in her ring see her as a judge with a welcoming smile and someone full of encouragement.

Westminster Week returns in 2022, starting with the Masters Agility Championship on Saturday, January  22, and concluding with the Sporting and Working breed competition on Wednesday, January 26.

For the schedule of events click here. For television coverage click here. Live streaming of daytime events and dog show results, as well as ticket purchases and directions can be found at www.westminsterkennelclub.org. 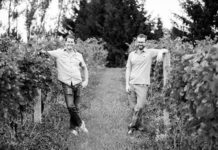 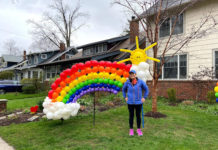 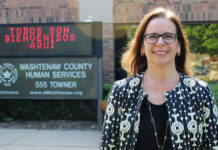