Singer, songwriter and producer, Mark Zhu, started making music when he was 14. His music stemmed from the boredom of being isolated during the Covid-19 pandemic, as well as a creative outlet to express himself.

His music is a collection of songs that are reflective of what he experiences during his dreams. They are short narratives of a boy who wanders off into his dreams. He also ties in a fictional aspect to make his music relatable to listeners. Along with writing about his dreams, his music is also based on his own experiences. He believes that not all music needs to represent low points in people’s lives.

“You don’t need trauma to create art, but you need perspective,” Zhu said.

Growing up Zhu was shy. He had a hard time standing up for himself and expressing the thoughts he had to others. Through music, Zhu has found his place and purpose. He often felt pushed in a direction that did not represent who he was and what he was passionate about. He had to fight back against expectations of what others thought he should be doing.

“Music and songwriting has allowed me to express what I really want to say,” Zhu said. “It has allowed me to write lyrics that I wanted to say but couldn’t. Everything that I hid as a kid, is now in my lyrics.”

As his music has progressed, he was given the opportunity to be a Neutral Zone Youth Owned Records Artist. He takes music industry and audio technique classes through the Neutral Zone. He has learned how to navigate the music industry, promotion and marketing techniques and how to build a fanbase. Along with the classes, he also gets funding to continue to build his platform.

All of his music is inspired by artists that he respects and enjoys listening to. He looks up the chords of songs that move him and tries to base his chords off of those. He uses fragments of melodies derived from songs that he believes could work well with his voice. With his main instrument being the piano he uses software to produce a recording of a demo layered with the melody and piano. He then produces all of the instrumentals with his final vocals. The final part of his process is mixing and mastering, a technique that he learned through his classes with the Neutral Zone.

Zhu produced his first music video for the song, “The Boy In Cloud.” This came out on May 13, 2022. The video is animated, which was a process that Zhu found satisfying yet time consuming. He used Adobe Premiere Pro to create and produce the video with his vocals.

“My favorite part [of the video] was putting everything together,” Zhu said. “I could finally see the vision I originally had coming together. The frame by frame animation was so fun to build. It can get tedious, but it is so cool to look at in the end.”

Zhu has evolved since he first started. His first pieces were inspired by songs by Billie Eilish, Ariana Grande and BTS. He feels that he has begun to find his own style and has moved away from taking full inspiration from popular music artists. Zhu has stepped out of his comfort zone and is proud of the boundaries he has pushed in his life since dropping his first song.

For more information on Mark Zhu, visit his website HERE, or his music can be found HERE. 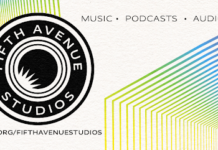