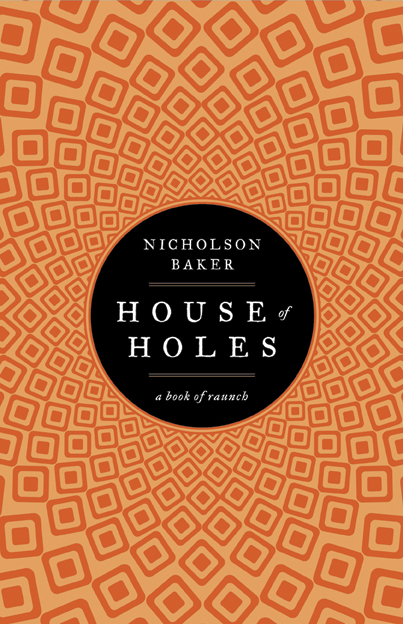 Simon & Schuster recently posted videos on YouTube of various employees taking turns trying to read aloud portions of Nicholson Baker’s new novel House of Holes. No one gets very far before collapsing with embarrassed laughter. It’s just hard to utter terms like ‘sploosh sploosh,’ ‘unforgettable wonderbreasts’ and chapter titles like ‘Rhumpa Visits the Pornmonster’ without feeling like you’re 12-years old again after finding your older brother’s dog-eared copy of Truly Tasteless Jokes in the back of his closet.

Let’s get this out of the way: House of Holes is the kind of book you read under the bedsheets with a flashlight after the kids go to bed. It’s smutty, dirty, always lewd, sometimes crude…and the most flat-out fun novel you will read all year. 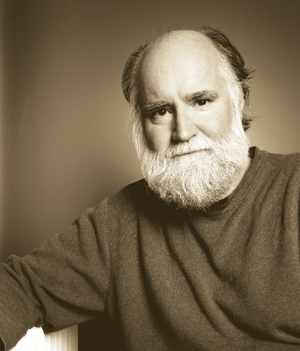 Like Lewis Carroll’s Alice, the various characters in the novel poke their head into some sort of random cranny (the end of a straw and the inside of a laundromat dryer are but two examples) and suddenly find themselves sucked into the House of Holes, a mystical land that falls somewhere between Fantasy Island and Plato’s Retreat on a Saturday night after a fresh shipment of poppers. The book opens with a geology student named Shandee finding a disembodied arm of someone named Dave while on a class trip to the local quarry. So she does what any woman would do when you find a fully operational singular body part — she takes it home. Dave’s arm then forms a circle with his fingers and young Shandee is then transported to the House of Holes, where all of your sexual dreams and desires can come true…for a price, naturally.

Make no mistake — Baker is not a pornographer, he is a writer. And a damn good one to boot. As lurid as House of Holes can be, this material is as far from Penthouse Forum as you can get. Baker’s work has always been motivated by an urge to map the complicated genome of human sexuality and House of Holes proves — like it or not — he is our generation’s D.H. Lawrence.

There was a time when publication of a book like House of Holes was a full blown pop culture event; think of seminal works like Everything You Always Wanted To Know About Sex (But Were Afraid to Ask), The Happy Hooker, and The Sensuous Man (ah, memories!) and the fervor they caused. House of Holes makes a glorious addition to that Library of Naughty Books That You Don’t Have to Feel Guilty About For Reading and I suspect it will be checked out regularly for years to come.

Now excuse me. I have to go to the Porndecahedron (read the book. You’ll get it.).