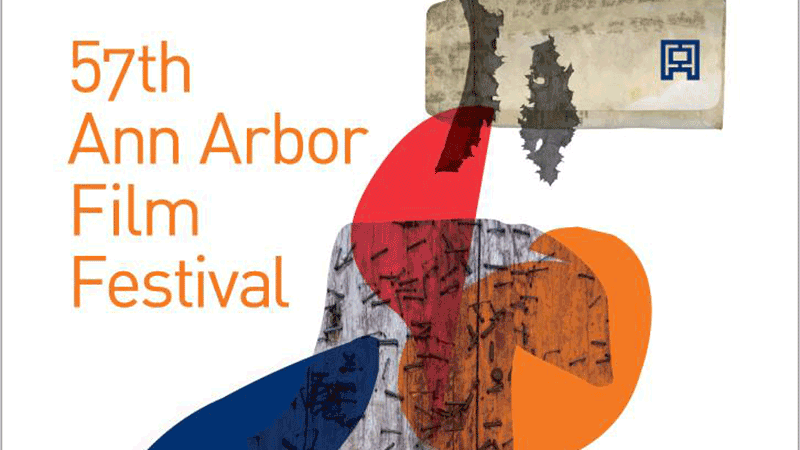 Jim Pyke, veteran Michigan Theater projectionist (and a supervisor in the University of Michigan’s largest A/V department) spoke with Current to share his expertise and behind the scenes insight focused on the Ann Arbor Film Festival (AAFF).

From Film to Digital

The last few decades have ushered forth “a radically different experience in the [projection] booth” according to Jim, as the transition from film to digital encompasses significantly different processes for projectionists.

In the early days of the film festival (which started in 1963) all of the submissions were formatted on 16 mm film, requiring multiple staff members, both in the projection booth and on stage, to complete the both physically and mechanically complicated process of screening the films. Over time, Jim says, most all of the physical cans (or boxes) of film, gave way to video tapes, and, currently, nearly 90% of the 2770 submissions are digital video files. AAFF reports that less than 5% of the submissions will be screened at the Festival, as only 143 films will be shown this year in the competition.

The switch from film to digital has allowed for longer films, increased submissions and has finally reached more standardization. In the early days of digital, Jim explains, the format was like “the wild west because [projectionists] received 20 different types of files”. Now, most of the work done by projectionists and those arranging the technical aspects of screening the submissions is completed in pre-production by AAFF staff. This pre-production work determines the max file compatibility of the film and puts the films into a playlist for screening on a high-powered computer, operating specialized software on a dual monitor system. Jim likens today’s projectionist experience to operating a control room. Instead of running a film projection booth, that in years past required a good bit of brute force, now, more frequently, only one technician is needed in the booth to oversee the “very straightforward” predominantly digital, projection system.

Unbeknownst to many viewers, the film festival has always structured the program by subject themes, not aspect ratios, which impacts the technical demands and generally increases the work for projectionists. Aspect ratios of an image depict the proportional relationship between its width and its height.There are three main aspect ratios in film, and each have certain technical requirements. The original sound film aspect ratio was 1.33 units wide to 1 unit of height (or 4:3). This is what Hollywood “talkies” started with, and also how old TV sets looked, in the days of 16mm and 35mm film production. Later film aspect ratios expanded into widescreen at 1.85:1, which closely resembles the modern TV aspect of 1.78 to 1 or 16:9. Finally, the widest, most panoramic images are those in the cinema scope ratio of 2.35 to 1, and films submitted in all of these aspect ratios require technical considerations and demands for projectionists to present each of them to the best effect. During the transition years (1990s-2010s) when the AAFF began programming more than only 16mm film, more projectionists were required in the booth to navigate these format changes as seamlessly as possible. Additional staff was also needed on stage to change the size of the screen by adjusting the curtains throughout programs to accommodate the changing aspect ratios. Over time, Jim has found submissions have changed to the widescreen size, mirroring mainstream/Hollywood film industry changes.

Experimental Essence of the Film Festival

While Jim recalls the various technical and industry demands that have changed over time, he notes that the Ann Arbor Film Festival always pays respect to its origins in film underground culture, celebrating the experimental and avant-garde film work that developed from the 1950s to the 1970s. Jim quickly points out that the films are “more than just a movie on a screen and a soundtrack coming out of the speakers”, that, instead, they often offer a fully visceral artistic experience.

A prime example of that full experience occurred in the early 1970s, Andy Warhol came and did a show including art and interactive performances alongside his film screening. Selected film festival submissions “stand on the shoulders of giants” embodying the original experimental arts and film culture which the Festival celebrates yearly.

More recently, Jim recalls a Finnish filmmaking duo whose 16mm film was shown at the festival. It used film strip projectors with objects held in front of the projection lens that interrupted the light. The prismatic devices created a spread of light that broke the boundaries of the image frame on the screen, a technique that encapsulated and continued the spirit of the Festival’s ingenuity.

Today, the University of Michigan’s School of Music creates some of the most cutting edge experimental music, while the University Musical Society includes experimental artists in it annual programming. Against this institutional background during the 1960’s cultural revolution, the Ann Arbor Film Festival emerged. AAFF is committed, working tirelessly to capture and share the zeitgeist of both Ann Arbor and the film world, to supporting and expanding experimental film/art culture.