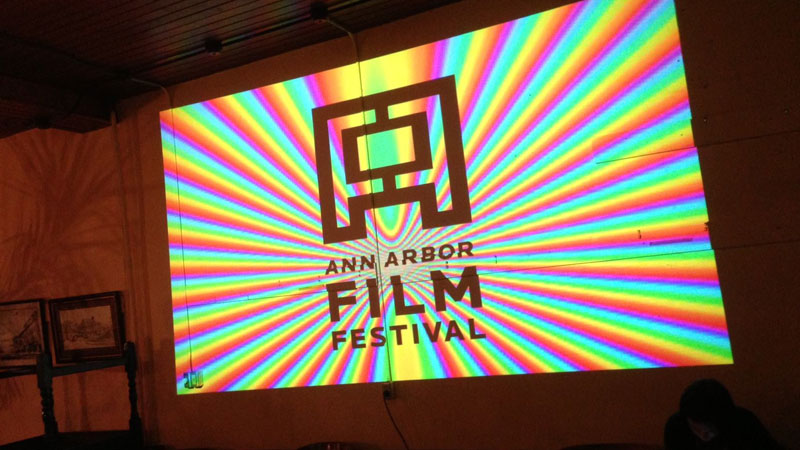 Katie McGowan, The Film Festival’s Associate Director of Programs, says this year “visitors can expect a more diverse program,” featuring more multicultural groups with artists and programmers from all over the world in an effort to engage audiences that haven’t connected with the festival previously.

Asian representation will take the form of Ellen Zweig’s curation of Video Bureau: Works From an Archive of Chinese Video Art, a live benshi performance (a Japanese artform that accompanies live theater) by Ichiro Kataoki along with A Page of Madness (Teinosuka Kinugasa, 1926), and several other presentations.

Changing with the times

Live works, such as Kataoki’s, reflect the festival’s interest with art that takes place off the screen, including a series of auxiliary projects entitled Off The Screen!

McGowan hopes to engage new audiences with the festival, stating that, “This year, we’re trying to inject more fun and levity into the program.”

Andrew Rosinski, founder of DINCA, will feature “fresh video work from today’s young internet and post-internet artists, performative video makers and new media pranksters,” setting the stage for the festival’s exploration of the changing consumption of video art over time.

100 Years of Dada: Dada in Dialogue with the Present, a short film program curated by John Canciani and Aline Juchler of the Internationale Kurzfilmtage Winterthur, will examine newer works screening in response to the original Dada films, accentuating the Festival’s keen interest in self-reflexivity and the way experimental cinema is made.

Returning to its core values

Screeners for feature films look for works that take a cerebral approach to storytelling. Each film undergoes three rounds of viewing scored by two volunteer screeners — a recent revision to the screening process that reimagines the “open forum” that Festival founder George Manupelli originally utilized.

A member of the Festival community, University of Michigan Screen Arts and Cultures Professor and filmmaker, Terri Sarris, credits the festival with her pursuit of creating and teaching film and media. “The festival is known for screening films that ‘live’ primarily outside the mainstream: exhilarating and puzzling films that experiment with both form and content,” Sarris says.

“The festival, from its inception, has existed in the present and on the cutting edge,” says McGowan.

According to Festival Executive Director Leslie Raymond, audiences will “find support and solace” in the festival’s direct communication and expression of stories and experiments. Screenings encourage dialogue among audience members in response to the inventive storytelling that lends itself to the experimental genre.

The Festival plays a role in the larger world of experimental cinema, manifesting political poignancy well beyond Ann Arbor.