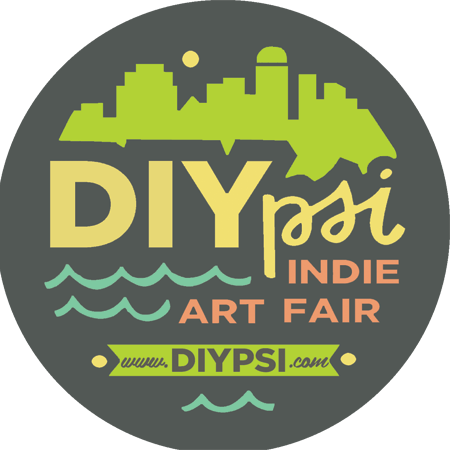 By now you’ve survived the monsters that are Ann Arbor’s Art Fairs, the shelves of tents knocking into each other like wooden dolls. Maybe you’ve checked out the Shadow Art Fair in Ypsilanti, an offbeat performance art exhibition that took its last gasp this year. But what about an art fair with objects you can actually browse and buy, with items located somewhere in between the bizarre and hyper-commercial?

Welcome to DIYpsi, the newest, hippest art fair this side of metro Detroit.

These artworks run the gamut of creativity, from robot lamps welded from food processor blades and coffee pots to handcrafted bowties to housewares carved out of hollowed-out books and test tubes.

“There’s not a lot of people who are making anything similar to other vendors,” Davy says.

The trio describes DIYpsi as a microcosm of what it means to live and work in the rough, rustbelt town of Ypsilanti. Though the vendors of this year’s DIYpsi hail from places as far as Pittsburgh, the trio has made sure to give special consideration to local Ypsi artists when selecting works to showcase.

Such a move falls in line with the fundamental mission of DYIpsi. A major goal of the fledgling art fair is to keep dollars circulating locally, funding the creative class emerging from Ann Arbor’s struggling sister city. Ypsilanti – big enough to have a beating downtown, but small enough to avoid the ever-encroaching influence of Starbucks – has long contained an incredible sense of community. The residents of Ypsi love the town’s historic charm, and they want to keep it that way. 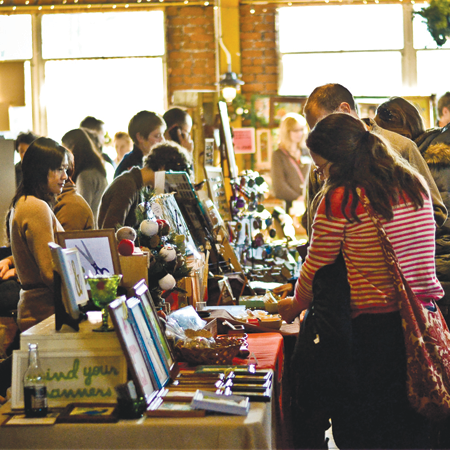 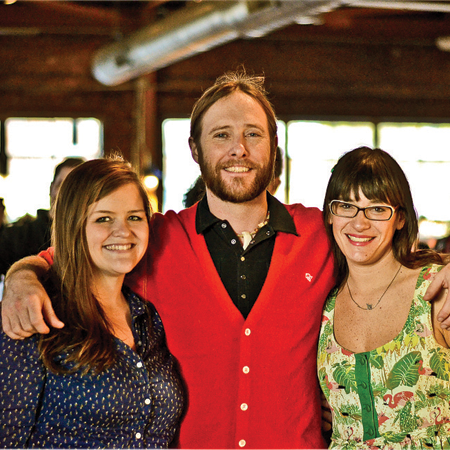 For the past three winters, DIYpsi has held its winter expo in the wooden recesses of Corner Brewery, an airy space in the heart of Depot Town famous for its home-brewed beer. This summer, DIYpsi will be moving outdoors, its tents overlooking Riverside Park at the Ypsilanti Heritage Festival Beer Garden.

The aesthetic of DIYpsi has, unsurprisingly, a do-it-yourself feel. Previous iterations of DIYpsi brought in The Lunch Room, a vegan eatery that just recently opened its brick-and-mortar doors in Kerrytown, and eat, a hip, locally sourced restaurant on Packard – back when both establishments consisted of little more than a hot plate and a table. This year’s art fair promises a similarly rough-and-ready culinary ambiance. Rob Hess of Go! Ice Cream will be peddling handcrafted ice creams while riding on a bicycle, offering intoxicatingly creative flavors like Sweet Browned Butter and Ypsilanti Proud Peppercorn to the fair’s hungry customers.

Davy calls Ypsi “a really good incubator for businesses and entrepreneurs,” largely because the property is so affordable. “That’s what makes it so good for artists to stay there long term.”

Property is so inexpensive that Fuller, who has transitioned to making robot lamps full-time after working as a produce buyer at Frog Holler and Whole Foods, can afford to rent studio space from SPUR Studios, a bare-bones warehouse repurposed from an old railroad office that houses burgeoning local artists and musicians.

Not to mention that the city of Ypsilanti displays a level of support for its local artists unparalleled by any other.

“People in Ypsi don’t take art for granted at all,” Davy says. “For every single one of our shows, the town just shows up. You feel a tremendous amount of support that I don’t know if you necessarily feel in Ann Arbor.”

“It’s rougher,” Fuller says about Ypsi’s art scene in comparison to Ann Arbor’s. “There’s a great youthful energy in the art that’s happening in Ypsilanti. It’s a little bit grittier and therefore, in my eye, has a little more soul.”