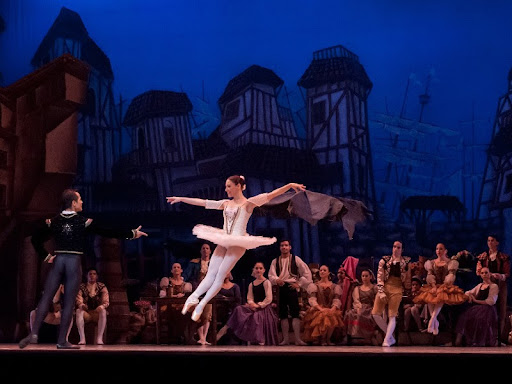 There’s nothing quite like live performances — where audiences immerse within worlds of characters, music, and storylines on-stage. Whether presented by community theatre groups, orchestras, or served on a big screen with buttered popcorn and a side of MilkDuds®, theatres are open again. And in a big way.

So, let’s enjoy as artists reclaim their stages. Entertainment venues? We’ve missed you.

Who’s open, and what’s on the playlist? Check it out.

COVID-19 note: most theatre locations require proof of vaccinations, and masks must be worn.

This theatre group has been “fostering a love of theatre since 1929” with various events and performances.

October 2 at 8pm: An Evening of Improv

Admissions is $15. Tickets sold at the door.

Founded way back in 1887, the Detroit Symphony Orchestra is still known— 134 years later— as the “most accessible orchestra on the planet.”

Coming in October: Tchaikovsky’s Fifth, Bugs Bunny At The Symphony, and more. Check out their calendar for more information.

Open since 1928, this movie palace has been designated a National Historic Landmark and is listed on the National Register of Historic Places. 313 Presents is the exclusive presenting partner of the Fox Theatre — which offers seating capacity of 5,000. They’re actively open with a multitude of shows and events scheduled. Here are just a few:

A favorite venue of many Broadway stars, the Fisher Theatre has endured various renovations from a vaudeville house in the ‘20s to its current opulent surroundings of marble, walnut paneling, and crystal adornments.

A local favorite and special place within Ann Arbor’s (and Kerrytown’s) artistic community, Live @ The 415 offers performances at this professionally-managed nonprofit concert space.

Founded by acclaimed actor and Chelsea native Jeff Daniels, Purple Rose Theatre is a home for new theatre talent and seasoned professionals alike — who continue to hone their craft and entertain audiences. Although in-person showings won’t start until January 2022, you can still catch a few virtual readings at the Purple Rose Theatre website.

A downtown Ann Arbor hotspot whose tagline is “where music lives” first opened in 1965. It offers an intimate 400-seat club, and is known as a folk and roots music venue. And their schedule? It’s full. Check out their website for full details.

Saturday, September 25 at 8pm: Susan Werner with opener King Margo Admission is $50 for gold circle, $32 for reserved seating, and $25 for general admission.

This performing arts theatre offers the opportunity to present “new plays and new voices,” as their tagline reads. Tucked away in downtown Ann Arbor, Theatre Nova serves as a resource and friend to Michigan writers, and encourages those passionate about what’s relevant to today’s modern audiences.

September 17-October 10: The Lifespan Of A Fact by Jeremy Karaken, David Murrell, and Gordon Farrell. Admission is $22.

The UM’s School of Music, Theatre, & Dance offers a multitude of live (and online) performances for the public through their various theatres. You can find their showings at both Hill Auditorium and the Power Center.

He’s been named the “world’s greatest tenor” (The Telegraph), and he kicks off the season for the University Musical Society (UMS). Tickets start at $12.