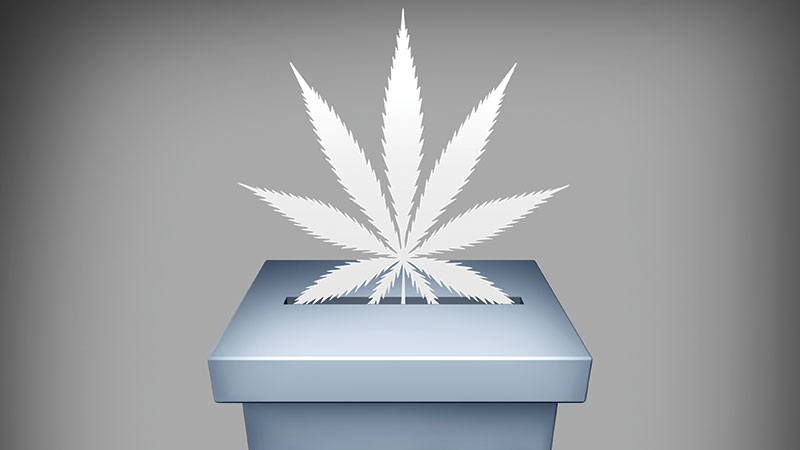 The Mitten may soon have recreational cannabis in hand. The voters in Michigan will have a chance to join nine other states and the District of Columbia by legalizing the recreational or “adult-use” of cannabis in the State this November. If approved by a simple majority of voters on November 6th, within days, many of the protections of the law will take effect. For example, the possession of small amounts of marijuana will become legal for every adult over 21, and adults will be able to grow plants in their home, subject to certain limits and restrictions.

It would likely be many months or a year, however, before the Michigan Department of Licensing and Regulatory Affairs (LARA) would have the recreational licensing framework in place for the sale of cannabis to all adults over the age of 21 without a medical marijuana patient card. Cities and townships will also have the opportunity to choose whether they want to allow adult-use sales of cannabis, just as they had the opportunity to opt-in with medical marijuana sales licensing.

Even though there will be significant challenges before Michigan sees a robust, legal, cannabis industry, there are at least five community benefits that have been realized by communities in the States that have already legalized it.

1. Recreational cannabis will stimulate the Michigan economy, not only in terms of tax revenue collected, but also job growth.

Studies have shown that for every $1.00 spent in the cannabis industry, between $2.13 and $2.40 in economic activity is generated in industries like tourism, banking, food, real estate, construction, and transportation.

When the government regulates the cannabis supply chain, they can enforce laboratory testing and rules to ensure that marijuana is free of mold, fungus, pesticide residue, and other harmful substances. The Michigan law requires that all cannabis products sold by licensed businesses are tracked from “seed-to-sale” so it can be traced to the source in case of recalls or other product issues.

Law enforcement officers will have more time to address violent and serious crime in their communities.

A recent joint study of the University of California San Diego and Weill Cornell Medical College “found that statewide medical cannabis legalization….was associated with close to 30% reductions in Schedule III opioids received by Medicaid enrollees.” The reduction in opioid prescriptions results in lower addiction and overdose rates. Additionally, cannabis has been shown to be effective in weaning people off of opiates.

The Michigan initiative asks consumers to pay far lower taxes than many states a 10-percent excise tax compared with up to 37 percent elsewhere. Michigan’s tax rate will encourage consumers to obtain their cannabis through legal avenues, which discourages the black market. The proposed 10% excise tax on recreational cannabis will be allocated for the administration of the marijuana program, and following that, $20 million a year will be used for clinical trials investigating the efficacy of cannabis use for veteran-related health concerns and veteran suicide-prevention. Remaining funds would go to the local communities opting in for recreational cannabis and then to K-12 school funding and roads and bridges maintenance.

Many of the arguments against legalization have been largely overstated or found to be false. Violent crimes and vehicle traffic death rates have fallen in legal states. Most studies have also found that teenage usage rates have not increased in legal states. This fall Michigan voters will have the opportunity to end the long winter of marijuana prohibition. Let your voice be heard in November.