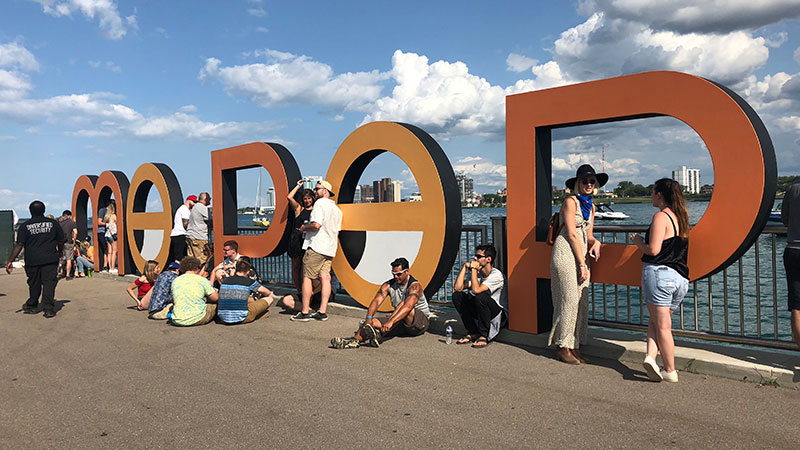 A Detroit tradition since 2013, indie music festival Mo Pop has been giving the Motor City a close-to-home taste of the festival scene on a smaller scale that’s perfect for fans both young and old. Mo Pop is a unique festival that has zero overlapping sets by both established and up-and-coming musicians, offering a chance to rekindle old friendships, introduce your kids to music at an early age, or enjoy time by yourself. As an aspiring writer, music fest fanatic, learning intern for Adams Street Publishing, AND a local of suburban Detroit, I was lucky enough to attend for my third year, but this time paying special attention to documenting the Mo Pop experience. Typically, I’m against Snapchatting the entire show and having your phone out at concerts, but some moments are just too rad to keep to yourself.

The eerie, Big Brother-esque sign of the U.S. Post Office that gazes towards both stages of the park is a running joke at Mo Pop. Despite a lingering reminder of unpaid bills, festival-goers still have fun dancing, singing, or hooping, much like this sunshine soul here. 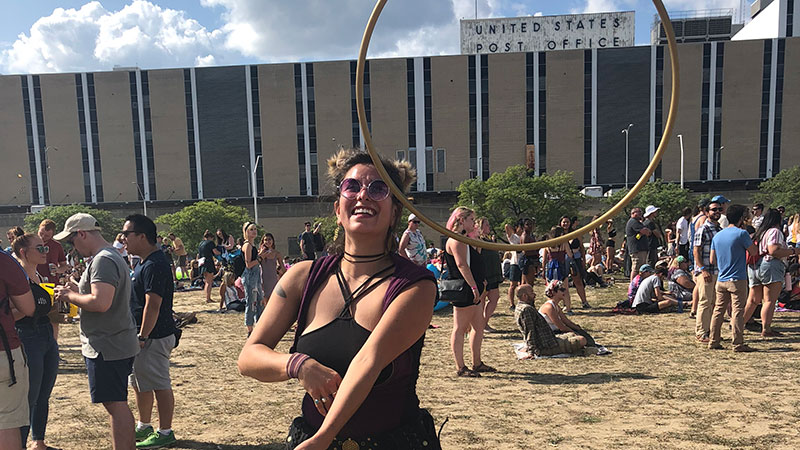 She, like many others with their hoops or an assortment of festival toys, attracted a crowd who cheered her on as she twirled and danced. Another crowd favorite was a bachelorette party celebrating love and girl power… but the bride could only go so long without her fiance, so she brought a cut out of the soon-to-be hubby so he could attend the shows, too. 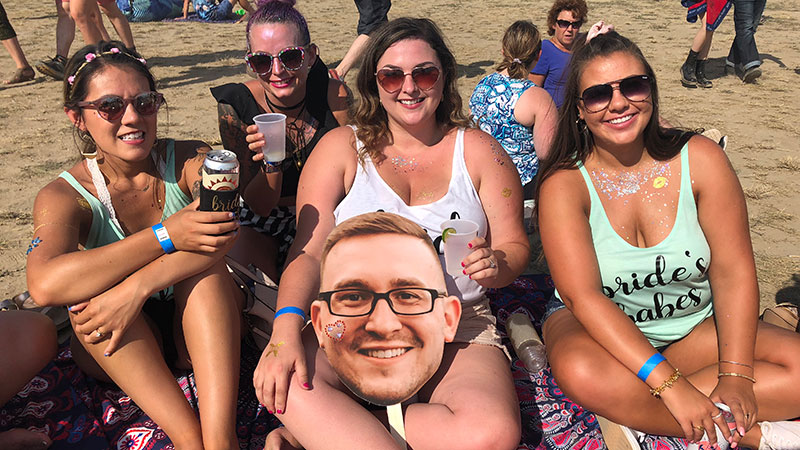 The community, art, and musicians of Mo Pop are all phenomenal, but one of the biggest things that keeps pulling me back to Riverfront Park at the end of every July is the food trucks that gather in the center court of the festival grounds.

Detroit’s finest trucks attend, offering mouthwatering options ranging from sandwiches, gourmet coffee, and fried chicken—all leaving you with a craving that won’t be satisfied until next summer. Some of my favorites are the street tacos snagged from Los Dos Amigos, and the homemade ice cream from Treat Dreams (Cookie Monster is the best, in my opinion). Since Mo Pop doesn’t have overlapping sets, food truck lines are swarmed in between artists, so my advice is to check them out when you first arrive so you know exactly which line to hit up once you get hungry. 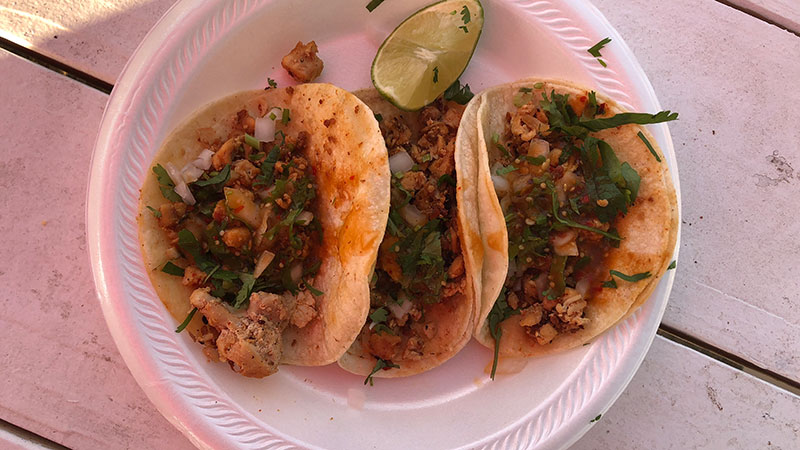 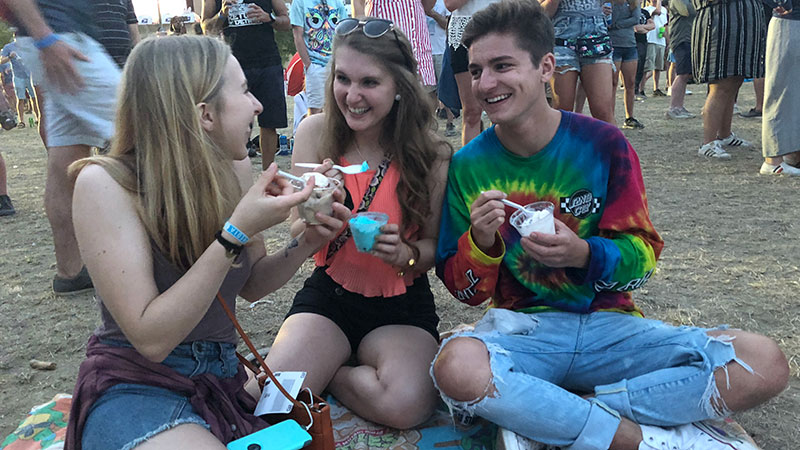 The headliners this year included Portugal. The Man, Bon Iver, The National, Vince Staples, as well as many up-and-coming artists like Brockhampton, Rex Orange County, Daniel Caesar, and Alvvays. Each brought a unique style, so there was truly something for everyone. Singer Billie Eilish—donning a monochrome lime green outfit—attracted a large, charismatic crowd who was more than excited to catch the water bottle she tossed to the crowd after taking a single swig. 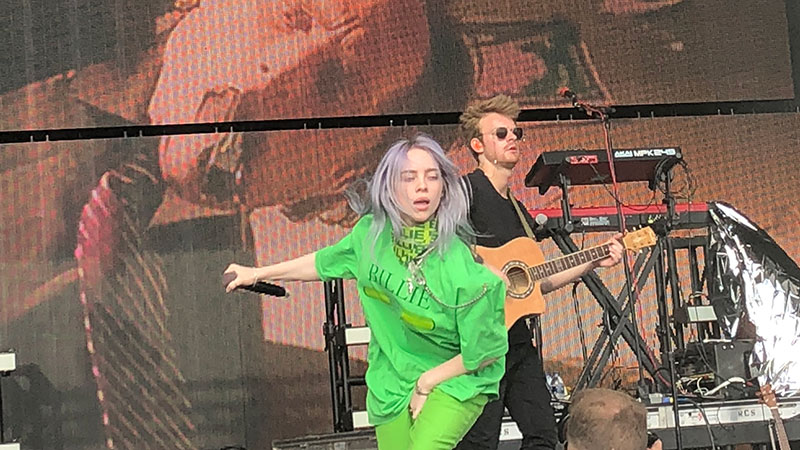 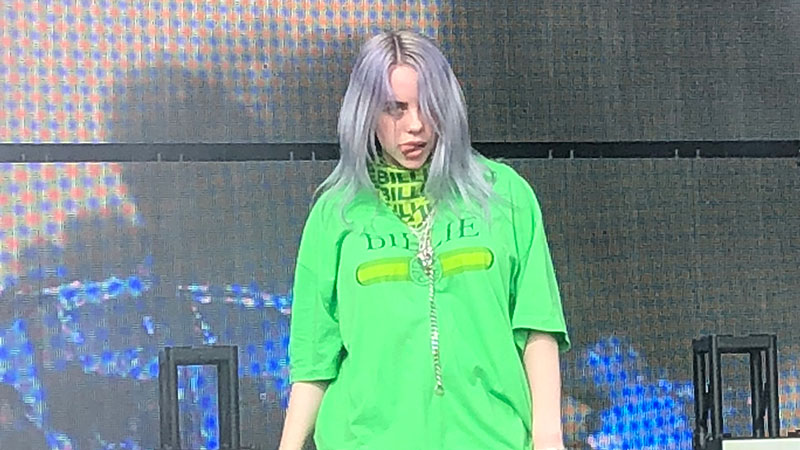 Eilish performed her new song “you should see me in a crown” live for the first time here in the D, and if you missed it, then… I’m sorry. She had the crowd jumping high and dropping low just as the sun was setting. 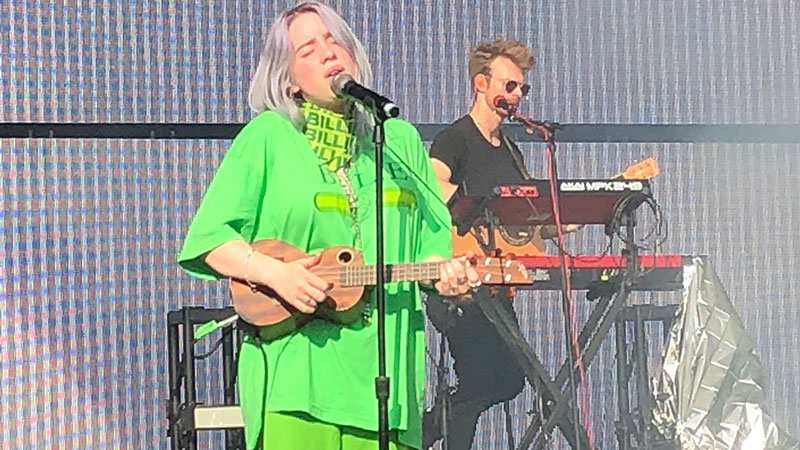 Another draw to Mo Pop is the interactive and inviting art spread throughout the festival grounds. The art painted on this pyramid is constantly changing as the artist continues to paint over each side again and again once it’s finished, leaving you with a new design to inspire you every couple of hours. These two designs were my favorites. 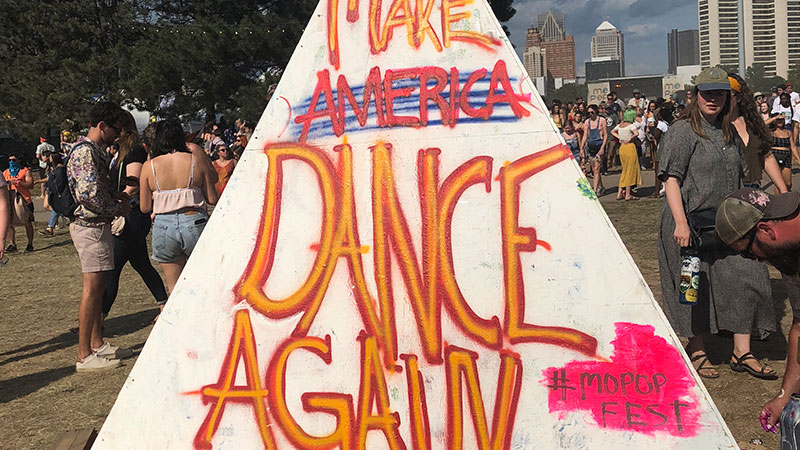 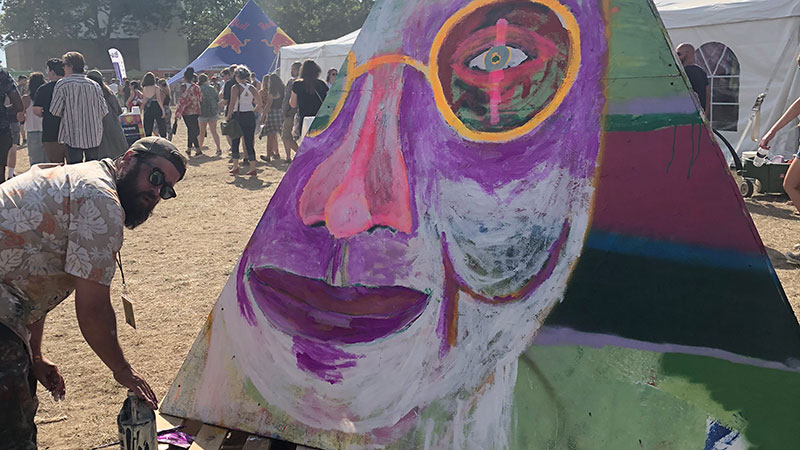 The Art Pianos, a staple of Mo Pop, are revamped to sound and look beautiful and make their presence known every year. These pianos are given new life when painted over and redecorated to match the style or vibe of the current summer. Five of them sit along the river inviting Mo Poppers to pose by, or show off their own musical ability. On the first day, a crowd huddled around to sing “Bohemian Rhapsody” while someone played along on the piano. 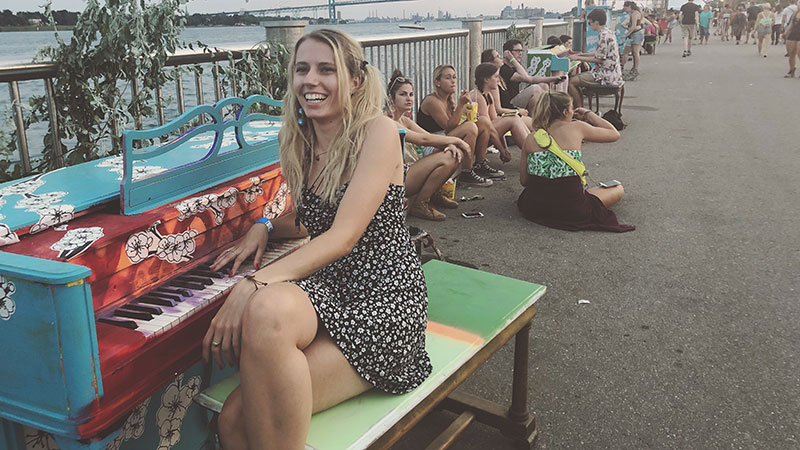 To conclude this musical adventure, I danced both days away in the dusty ground beside the Detroit river and sang until my throat felt sore with the new friends I met along the way. Music festivals offer a feeling of happiness and unity, a warmness that burns a light when you’re around strangers whose interests don’t matter, only that you all love music and the way it brings people together. Mo Pop can start the spark igniting that fire. Enjoying your salad days means experiencing everything, so if you’re curious about the festival lifestyle and want to sample a taste before fully gorging yourself, I’d suggest Mo Pop. It’s rare to find a smaller scale festival with a big atmosphere feel of music, food, art, and friendly faces welcoming first timers. We’re lucky to have one so close to home. Until we reunite again, Detroit. 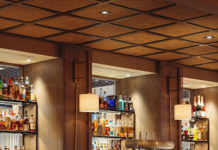 A Midwest “Staycation” in Traverse City