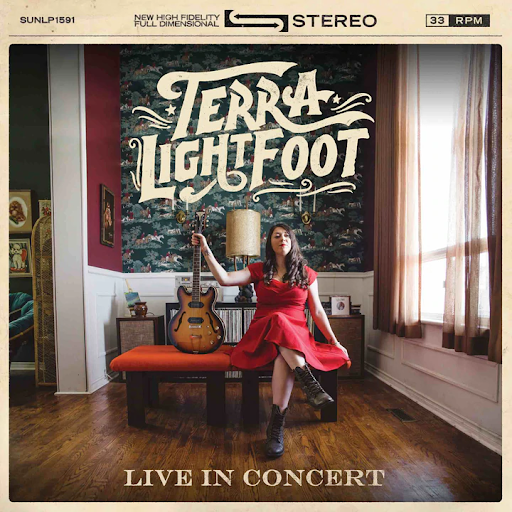 My partner is from Spain and he likes metal music. That means we don’t know each other’s music. Recently we were putting together a bed from IKEA and I started playing Matt Andersen’s cover of “Ain’t No Sunshine.”

I was surprised when my partner told me that he loved the cover and had already heard it via a Spanish video game steamer on Youtube. Apparently, gamers all over Spain know and love Matt Andersen. I just recently became a fan of Andersen, though he’s been around the music world since 2002. Andersen is a Canadian blues guitarist and singer. He’s released around fifteen albums, been signed to True North Records, and become a Juno Award nominee.

Matt Andersen recently played a show at the Ark, which was opened by Terra Lightfoot. I hadn’t heard of Lightfoot (somehow, I know, I’m behind the times), but she was a delightful surprise.

Lightfoot’s song, Sleepyhead, a pandemic tune dedicated to frazzled parents all over the world, has been on continual repeat since the show. Lightfoot has a beautifully deep and full voice. She has some of the sweetness of the singer Danielle Ate the Sandwich, with the edge and soul of Brittany Howard’s voice. Some of Lightfoot’s songs sound like folk songs, while others sound bluesy or a little country. If you like Caitlin Rose or Zoe Muth, you’ll like Terra Lightfoot too.

At the show, Lightfoot’s final song she played was my favorite. She mentioned that she wrote it in a time of writer’s block, after having seen two wild horses run across a highway in Tennessee at dusk. Is there better inspiration for a song? You have to hear it. The song is a reminder to stay in the present, and to notice the small things.

Both Terra Lightfoot and Matt Andersen have written insightful and interesting songs. One of my favorites by Andersen was a song he wrote about the small coal mining town his girlfriend comes from. Another was about what he would do if he only had one more day to live.

I also love Andersen’s “Quiet Company,” a song where Andersen paints a peaceful picture of two people enjoying one another’s company as the rain falls outside of a house in the woods. Andersen can play lovely, slow, and soulful tunes, yet when he wants,  he can play fast and hard. He can sing so deep that he growls and he can scream out notes that sound like they come from Janis Joplin at the start of Cry Baby. The man has a big bag of tricks. He can play the guitar like Sun House, and use a slide like the best of them.

Andersen’s cover of the Impressions’s song, People Get Ready, was truly impressive. That says a lot because I adore the original. In high school (before I had an iphone or ipod), I used a voice recorder to record People Get Ready off of my dad’s record player. When I got sick of the song I would change the speed to be twice as fast, or twice as slow to change it up. Andersen seemed to have picked a tempo somewhere in between, and it struck me as perfect. His voice was soulful enough to do the song justice.

Getting to see Andersen in concert is a treat. It really emphasizes Andersen’s talent. He also appears to be very down to earth and a genuinely nice person. It’s not every day that an artist’s personality is so approachable that it makes everyone want to buy him a beer.

You can find out more about Andersen HERE. and Lightfoot HERE.