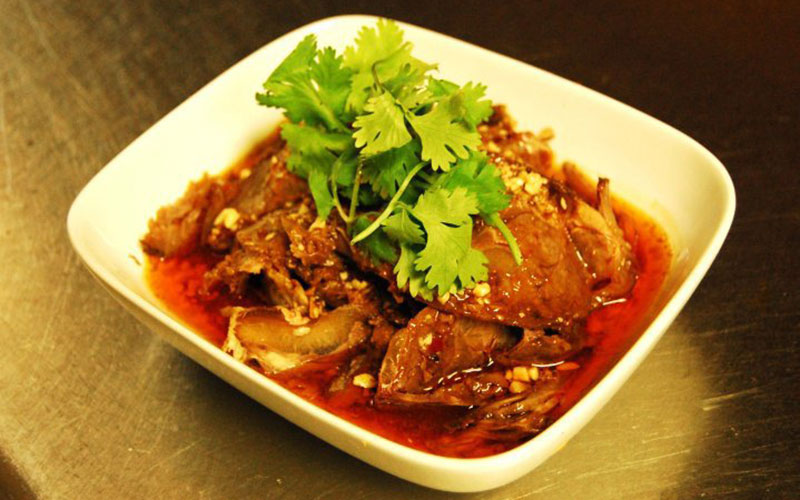 When Barry Pang and Katherine Li left northern China in 1999, they anticipated that they would be working in the United States for an American corporation for some time. Their US employer’s subsequent downsizing forced them to look for another way to earn a living. Li was raised just outside the city of Xi’an. Barry Pang was a good household cook, preparing dishes reminiscent of home, here in America. 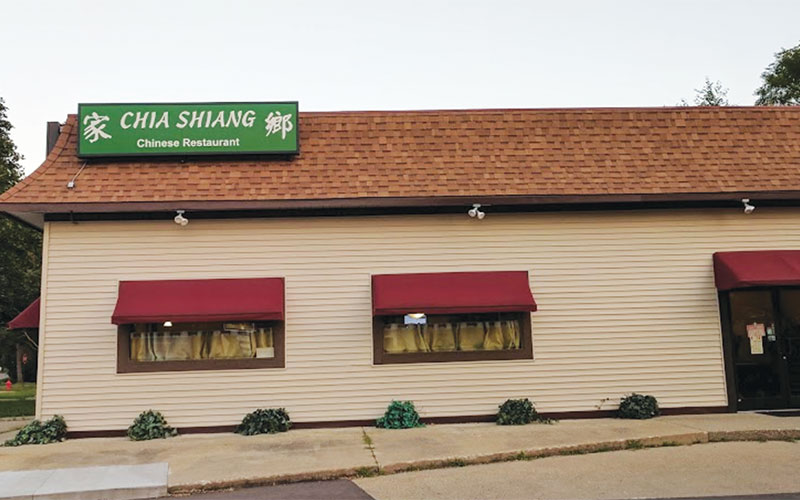 The couple explored the possibility of opening a restaurant, serving foods that they were familiar with. They began by inviting groups to the restaurant location on Packard Road, serving traditional Chinese dishes with an abbreviated initial menu. Li and Pang gradually grew the menu with more items including, now, vegetarian and vegan options. Chia Shiang’s robust hardcover menu feels like holding a novel, packed with myriad flavor variations that tell a rich story of this couple’s interpretation of authentic Chinese cuisine.

We started with the Szechuan cold noodles, which, for a chilled dish, boasted a fiery kick tempered with a cooling crunch of refreshing cucumber slivers. The Chengdu chicken, served boneless and slathered in a toasted black bean sauce (there is the option to have the bones left in as the traditional Chinese dish is served) with ovular disks of fried garlic and ginger, ringed chunks of jalapeno and dried chiles, represented a succulent and welcome departure from the too-often Americanized Chinese fare we’re collectively subjected to. The Xi Zhu Yu, spicy sliced fish boiled in a Szechuan-style broth, appeared on our table in a ceramic cauldron and included bean sprouts, greens, scallions, and pleasantly mouth-numbing Szechuan peppercorns.

The Chinese eggplant in garlic sauce was tender, almost silky smooth, with an appealing light purple hue enhanced by a slight grill char, sang in its semi-sweet sauce with green onion shoots and dried chiles.

We also enjoyed a yogurt drink, suan nai, as a creamy repose, somewhat more tangy than American yogurt but with a sweet tinge that proved helpful in softening the other dishes’ pronounced spice.