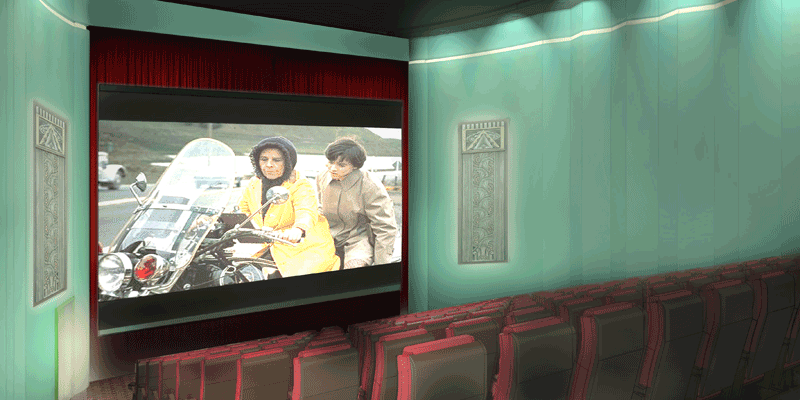 Back in the mid-20 century, making a date to see a movie at the local cinema, or “movie palaces” as they were called, was an event. On Friday night, moviegoers put on their best duds before heading to a brightly illuminated facade with the latest blockbuster title strewn across the marquee.

Now, in 2017 in Ann Arbor, The Michigan Theater looks to recapture those days by restoring the former glory of the art house cinema the State Theatre, just in time for its 75th anniversary. 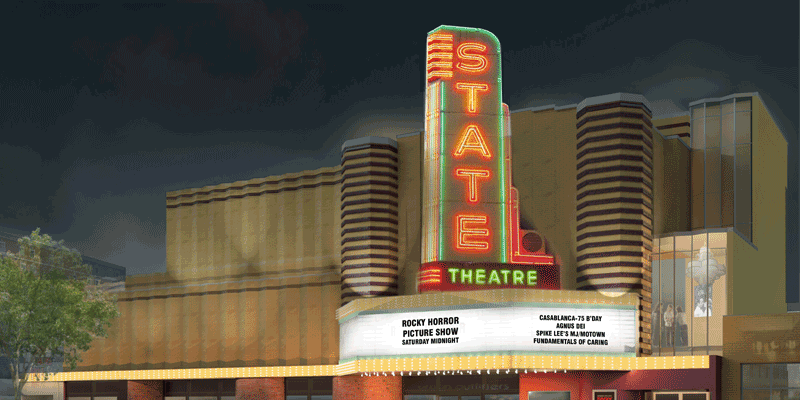 “The State Theatre is an architectural icon of Ann Arbor,” said Russ Collins, Executive Director of the State Theatre and Michigan Theater. “It must be preserved as a home for the cinema arts, the original impulse for its design and street presence.”

Millions of dollars of renovations are currently in the works for the theatre, thanks to The State & Michigan Project, a capital campaign launched by the Michigan Theater Foundation in September. With a goal of $8.5 million, the Leadership Committee— led by campaign co-chairs Martha Darling and Gil Omenn— has already received pledges of more than 74% of that goal.

With twice the number of films— the State Theatre will feature four new screening rooms— and more comfortable seating with enhanced legroom and better sight lines, along with higher quality screenings, updated movie projection and sound systems, the highlight features will be the original C. Howard Crane Art Deco facade design, marquee, entrance lobby and restrooms fully restored. The theatre is slated to reopen next July.

“The quality of the experience and the diversity of the programming will make the cinema program at the State and Michigan among the best in the world,” Collins said.

But it won’t just be the State Theatre that will see updates. After its renovations are completed, the Michigan Theater itself will see new, more comfortable seats, updated stage equipment and accessibility enhancements to the balcony, as well as digital cinema improvements and specialized historic paint and plaster to preserve the Liberty Street staple.

An unexpected surprise is the opening of the theater’s new Annex Cinema. Located adjacent to its screening room, the 60-seat theater features a state-of-the-art digital projector and surround sound to bolster cinema programming variety while the State is closed.

“The Michigan Theater is the mothership, and for many people the town square where they meet their friends for so many different types of programming,” Berry said. “The Michigan [Theater] needs a strong State Theatre in order to maintain its own economic health.”