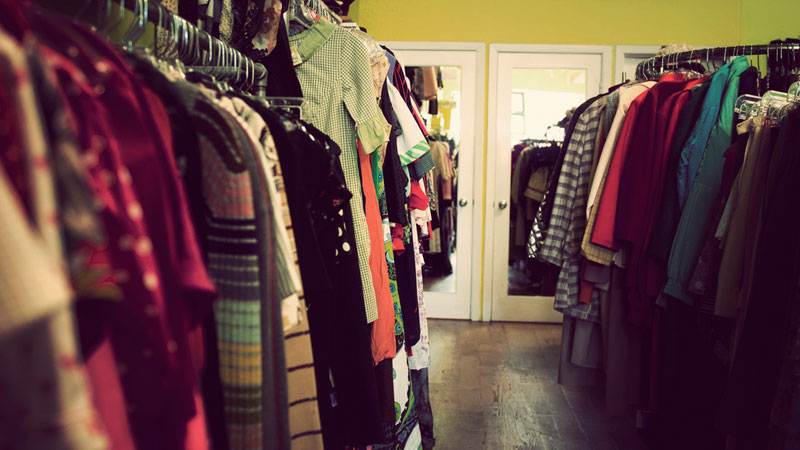 The biggest little city in the middle’ is about as far from the Parisian runway as you can get. Not to say this city doesn’t have flair, but Ann Arbor’s style is a mixture of Midwestern Birkenstock meets East Coast College Student. It meets neatly in the middle of trendy and comfortable, rarely opting for heels over sandals and usually sporting some sort of block M.

Where might you find a few items to create this comfy-chic look? Tucked into the main line of State Street is townie staple Bivouac; built like a fashionable ski lodge, where else could you find fine jewelry and cargo shorts (apart from maybe Costco) in the same establishment? With a couple floors and more than a few racks to look through, Bivouac has a lengthy selection of chic pieces to mix and match. You may have to sift through a few pairs of Chacos to find the Dolce Vita sandals you’re looking for, but the nice thing about the range in clothing is that unlike some other stores on State Street, you won’t leave feeling like a walking advertisement for the brand.

Second stop on the list can be found in Arbor Hills on Washtenaw Ave. The outdoor mall, which opened only a couple years ago, has a few shops along the strip for the same quality and price range as Bivouac. Usually less crowded than downtown Ann Arbor, it’s a nice way to spend an afternoon if you stop for lunch at Zola Bistro. My argument for the price of Madewell’s jeans is this: They have just enough stretch, petite lengths and longer lengths, and the color doesn’t fade over the years. If providing a 10% Student discount isn’t enough to sway your opinion, should your jeans wear out in an unusually short time, you can return them for a completely new pair free of charge. But, as the name suggests, the clothing is usually ‘Made well,’ with terrific modern pieces that will last a few seasons without looking outdated – well worth the price.

Yet, there’s no place quite as rewarding to find clothing as a thrift store. Salvation Army (1621 S. State st.) is a warehouse of finds. With every season represented at once, the only limitation on uncovering treasure is the patience of the person searching. Best advice is to go early in the week. A Monday/Tuesday thrifting experience varies wildly from a Friday trip. Think about it, people have more time to drop their discards off on weekends. Store employees sort clothes within a couple days (Salvation Army is closed on Sundays) and have it out on the racks by Monday or Tuesday.

There are more than a couple thrift stores in Ypsilanti/Ann Arbor, with a better selection of clothing than most other cities. Other thrift stores of note are the Ann Arbor PTO on South Industrial, Ypsilanti’s Goodwill (3782 Carpenter Rd.) and occasionally, for more current clothes, Plato’s Closet off Eisenhower in the Cranbrook Village shopping center. Plato’s will provide a good selection of last season’s apparel and more current shoes.
All in all, if you’re willing to do the work and search for good finds, you’ll come away with some gems. Ann Arbor’s style may not require as many rain jackets as Seattle or a shoe-game comparable to New York’s, but it does have it’s own distinct personality. Just be grateful that personality doesn’t wear stilettos.