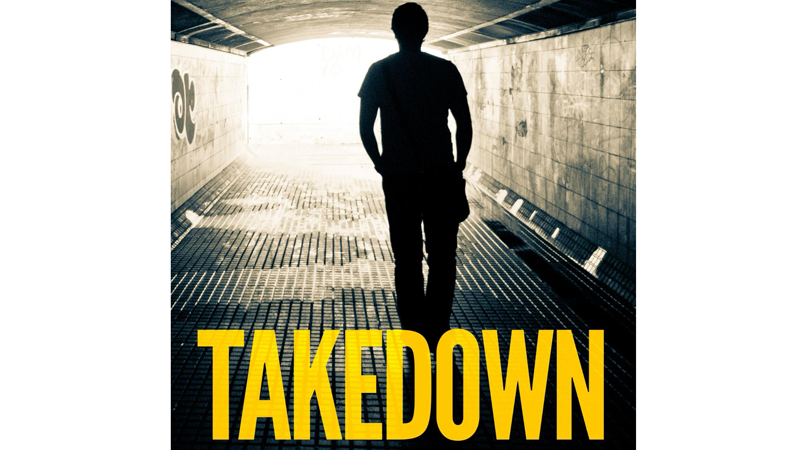 If you live in Ann Arbor, stop what you’re doing and find yourself a copy of Takedown, by Pioneer HS teacher, and Current’s own assignment editor, Jeff Kass. It’s a glimpse into the city and its people, from the privileged to the marginalized, and the brave who care enough to do something about it. Though a thriller that centers around a fire during the Michigan-Michigan St. football weekend, Kass takes on the idea that Ann Arbor is a bubble immune to the harshness of the real world, and offers a fresh, provocative perspective.

If you aren’t from Ann Arbor, you’ll still want to get your hands on a copy immediately. It’s a thrilling mystery that twists and turns like a driver avoiding potholes in the road, with an insider view of college-town life, in all its horrors and glories.

Kass, who’s known as a dynamic reader, will read from the book, and perform some poems, along with featured performances from student poets, at Nicola’s in Westgate on Saturday, March 24th at 4pm.

More than just a look at Ann Arbor

Takedown follows the sleuthing of devoted father, wrestling coach, and detective Jim Harrow and his partner Karen Evans. Their investigation of a graduate student killed in the fire uncovers a baffling case involving a slew of “accidental” deaths with too much in common to be coincidence. The story is gritty, haunting, and honest in a way most fiction is too scared to be. The true-to-life feel tugs at our curiosity and emotions, always keeping us guessing. Kass does an excellent job of letting us in on the secret just enough, without giving too much away. His masterful use of metaphors and similes also paints vivid pictures in the reader’s mind. There is no shortness of rich, sensory detail which is another reason why this story is hard to set down.

The ability to laugh at oneself is important too, and Kass does just that. He also gives us something to laugh about, using wit and wisdom to call out the city and politics as he sees them.
We are allowed an intimate and dynamic look at the characters, particularly the character whose point of view it is written in, Jim Harrow. Each character is in some way struggling with their own battles, all flawed in a way that is so utterly human they seem to exist beyond the page.

Takedown teaches an important lesson about humanity and the value of education. It is more than a novel, it is in many ways the hope and solidarity we are looking for in a climate rife with school budget cuts, struggling youth, and wealth inequality. It shows us the compassion that still exists in our world. Books such as Takedown remind us why we read.