Despite examples of lenient enforcement policies, such as Ann Arbor’s civil infraction for possession, over 20,000 people are arrested in Michigan every year for cannabis. As taxpayers, we foot the bill for rounding up, arresting, prosecuting, and sometimes jailing these 20,000 people. This process costs us all hundreds of millions of dollars every year. But the system of prohibition is even more costly to the individuals who are caught up in the system. They must hire attorneys, miss work, disrupt their families, and often end up with a criminal record that diminishes their prospects for education or employment. After decades of running our people through this grinder, voters finally have an opportunity to stop this senseless waste.

Will Michigan continue with our failed policy of cannabis prohibition or will voters legalize, tax, and regulate the product? That’s the question that Michigan voters will face with Proposal 1 this November 6th.

Many people believe that a string of wins at the ballot box combined with strong polling means that Michigan is on track to be the tenth state to legalize cannabis. After all, most public polls suggest that roughly 60% of the voters approve of the idea. For younger voters, the approval for legalization is even greater and exceeds 80%. In many ways, the change seems inevitable. But legalization doesn’t have to happen in 2018. With low turnout from voters 30 and under and an aggressive campaign to encourage a “no” vote, Michigan could reject legalization in 2018.

That’s what happened in Arizona in 2016. Opioid manufacturers, Discount Tire Co., and casino-magnate Sheldon Adelson teamed up to fund a multi-million dollar campaign to preserve cannabis prohibition. Even though their ads translate as reefer madness to the generations raised with access to the internet, their tactics had an effect on just enough voters. In the end, voter turnout was low and legalization failed by 67,000 votes out of over 2.5 million total votes (51% to 49%).

Like in Arizona, we’re seeing well-funded opposition with support from some of the same groups that opposed legalization in Arizona. Kevin Sabet, a national prohibition advocate with Smart Approaches to Marijuana, said their win in Arizona provided opponents of marijuana legalization with a path. He stated, “The overarching lesson was that if we could raise enough money early, we can win.” Sabet’s group has already poured hundreds of thousands of dollars into a vigorous “no” campaign in Michigan, and we haven’t gotten to the expensive television advertising season. I have to expect that the same group of conservative billionaires and opioid manufacturers will pour in millions more to defend prohibition here.

That’s why we all need to make sure that everybody we know, votes. Voter turnout will determine whether Michigan legalizes. If we can get our friends, family, neighbors, and coworkers out to vote, Michigan will be a leader in the nationwide movement toward sane cannabis laws. Also, Michigan will be the first legal state in the Midwest and the voters can finally do what the Michigan legislature has refused to do for years: stop wasting money on ruining lives and start investing revenue from legal cannabis in our long-neglected schools and roads.

Michigan’s Proposal 1 is similar to the measures proposed in Colorado, Maine, and other legal states but there are some differences. Here is what we can expect if Michigan votes yes: 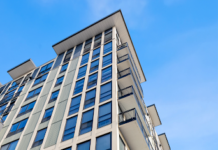