About five years ago, Derrick Jackson, the Director of Community Engagement at the Sherriff’s Office in Washtenaw County, the Sheriff, Director of CMH, and staff from both the Washtenaw County Sherriff’s office and CMH traveled to Seattle to learn about a police initiative that merged the mental health world with the world of criminal justice.

Washtenaw County was one of 19 communities across the country that was originally invited to the National LEAD Support Bureau Convening in Seattle to learn more about the structure of LEAD.

In October 2021, Washtenaw County LEADD (Law Enforcement Assisted Diversion and Deflection) launched as a pilot initiative in Ypsilanti Township. Washtenaw County LEADD is participating as one of 10 sites across the nation in the LEAD Support Bureau Proof of Concept Cohort: a 3-year intensive effort to prove that LEAD works well in a variety of geographic, demographic, and political contexts.

The program serves as a Pre-Arrest Diversion Program. This means that deputies are given tools to recognize health or substance use issues and refer them to services instead of arresting people. “There is a line that gets blurred between mental health and criminal actions,”Jackson says. “Part of my job is to think about alternative ways and building systems to do policing differently.”

Hailey Richards, the LEADD Program Coordinator, says that, “the goal is to put people in direct contact with a case manager instead of incarceration.” She goes on to explain that deputies learn to recognize underlying issues such as substance use disorder, mental health, and poverty through frequent, low-level police contacts.

“[LEADD] is relationship based,” Jackson says. “It’s very common for police to be that first connection. We have to look at what else is going on. Police are very often the front door to behavioral health.”

Funded by the Washtenaw County Public Safety and Mental Health Mileage, LEADD emerged from the mileage vote that was supported by the community as one of the most important issues in the county. Many people are calling for new ways to do policing differently.

“LEADD is a tool to meet that need,” Jackson says. He also says that while LEADD is for everyone, it focuses on, “communities where Black and brown people have been disproportionately arrested.” The East side of Michigan is one of those areas. “One of the goals of LEADD is to eliminate racial disparities and recognize the disparities that already exist in the system,” Richards says.

Since its launch, seven deputies and three sergeants have been trained, and there has been a positive response from both the community and the Washtenaw County Sherriff’s Office. Richards is also working to build a community leadership team – a group of people who have been directly impacted by mental illness, substance use disorders, poverty, and the criminal justice system. Also included will be advocacy organizations, civil rights groups, neighborhood associations, and business associations.

“LEADD itself is not the answer, but it is a tool,” Jackson says. He tells the story of one of the top LEADD participants, and how a deputy, who was taking the training, mentioned he hopes that LEADD can help to ensure the participant he recommended doesn’t wind up harmed.  He is hopeful LEADD can be an effective resource to help with that. 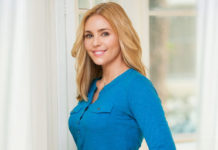 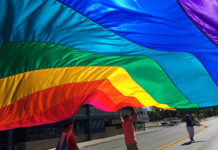 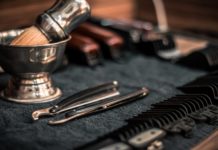