When Big Box Moves in, Continue Supporting your Local Stores

Arguably the saddest scene in the movie “You’ve Got Mail,” occurs when Kathleen Kelly climbs the spiral staircase of Fox Books, and slumps herself on a chair in the children’s section, sobbing, because she’s been forced to close her bookstore, The Shop Around the Corner. While she grieves, a customer asks a Fox Books bookseller about a series of books, but the seller doesn’t know where to find them. Kathleen does. She knows the titles, the author, and gives a recommendation for which one to begin with.

Since Total Wine and More came to town, something similar is happening in Ann Arbor, but instead of books, it has to do with single Batch Blatans and bottles of Chardonnay.

“The way they’ve introduced themselves to the city leaves a bad taste in your mouth,” says Victor George, one of the owners of Stadium Market, a small market on the corner of Packard and Stadium that offers deli sandwiches, pizza, beer, wine, and liquor. George explains that since Total Wine has opened in October, their business tactics have caused stress and anxiety for independent retailers.

For example, one afternoon a billboard truck advertising Total Wine’s products parked in Stadium Market’s parking lot. Not only did the billboard share its products in front of the store, but it also had the store’s hiring wages. “They’re poaching customers and employees,” George says.

Known as “Big Box,” businesses because of the gigantic space they take up, and the amount of inventory they can purchase and sell, stores like Total Wine have much more power and leverage than local, small businesses. George illustrates this point with a bottle of Sam Adams Utopia. It’s a $200 bottle of beer, and George purchases one a year. Total Wine purchased several six pack cases. “To be able to get those types of bottles is a huge advantage,” George says. Plus, Total Wine can sell their product for less.

Total Wine also sells their own brand that is comparable to national brands, but is cheaper. While Michigan State Law won’t allow them to be exclusive, the store will buy the entire shipment, then spread it among their stores so no one can get it. “All we ask is to be put on a level playing field,” George, who has four of five families living off his business, says.

“I can always find everything I’m looking for at Stadium Market,” Jaime Moore, an Ann Arbor resident says. Stadium Market, and A&L Wine Castle, another local liquor store, are her two favorite places to shop for beer, wine, and bourbon because their prices are reasonable and the staff knows their product, and their customers well. “I have slowly gotten to know the people who work there, and I realize that they know their stuff and can guide me on a good pick,” Moore says.

When Stadium Market opened 17 years ago, George and his brother tried to cater to everyone who came in the store. One lady came in whose son was gluten free, and asked whether they make a gluten free pizza crust. George’s brother made recipe after recipe until he found the perfect one, and customers know the difference.

To this day, that same service is known throughout the community. “One thing [Total Wine] will never match is our service,” George says, and customers in Ann Arbor agree. “I have loved building relationships with my neighbors who work there over the years,” Jaime Moore says. “Without them, like a lot of the local stores, the neighborhoods and the city wouldn’t be the same.” 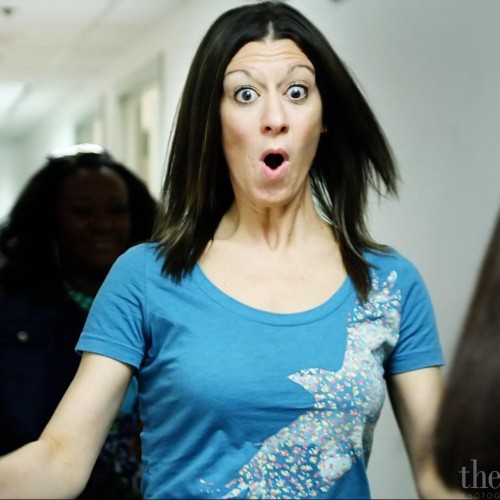