What Happens Next?: Wilma’s Owner Reflects on her Business

Earlier this summer, bartender Giancarlo Aversa, one of the brain trustees at craft cocktail hideout The Last Word (301 W. Huron), made the Diageo World Class 2016 bar competition national finals by mixing a story-inspired cocktail. Though the regional competition centered around timed metrics including speed and efficiency, it was during the “ritual theatre portion” that Aversa turned to narrative. Alluding to the national competition’s host location, Washington D.C., Aversa devised a cocktail with the city’s influential musical history in mind.

D.C. native Duke Ellington cut his teeth on live piano while working as a soda jerk at the Poodle Dog Café in the 1910s. Because the shop’s working pianist would get too sloshed to perform, the fountain boss would ask Ellington to jump on keys from time to time, which live music foundation the Duke would spin into a legendary career.

Aversa channeled Ellington’s soda fountain tunes by using a soda syphon to craft an orange soda in front of the judges from scratch. He sprinkled additional flavor into his performance by playing notes on a small keyboard, sonically paralleling the juniper notes of the drink’s Tanqueray No. 10 gin. 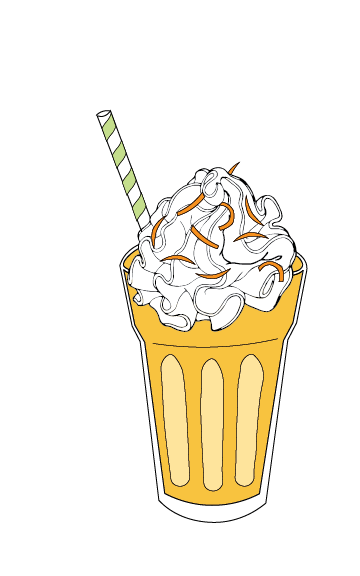 How to Make an Orange Poodle

We spoke with Ypsi-based artist Kenyatta Rashon about imbuing her lyrics with self-confidence and inspiring her fans to trust in their abilities and assertiveness.

Vibe over Genre: May Erlewine & the Woody Goss Band’s ‘Anyway’

We chatted with Woody Goss and May Erlewine about the creative process, and about how vibe supersedes genre. Plus the premiere of their newest single, “Anyway”

What Happens Next?: Wilma’s Owner Reflects on her Business