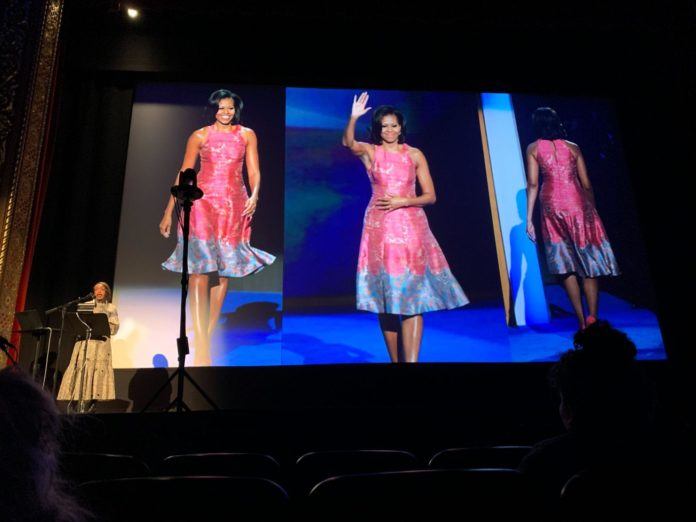 Tracy Reese designed and sewed her first pair of pants at nine years old. As children, every Saturday morning, Reese and her two sisters would do their chores and then go off to their classes and programs, some of which included learning about fine and performing arts. She would challenge her mother to sewing competitions, where they would sew late into the night creating outfits for themselves.

Today, Reese is widely known for graduating from Parsons School of Design, working with other fashion designers including Tom Ford and Marc Jacobs, and styling clothes for a variety of celebrities. uncertainty. She had the opportunity to share parts of her story with a captivated audience at the Michigan Theater. 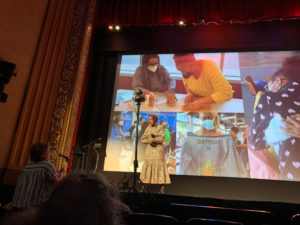 Reese spoke at the last installment of the Penny Stamps School of Art and Design featured speaker series for the fall. The speaker series, a free program featuring a different influential artist every week, will pick up again in winter.

At 24, Reese started her own brand with some financial backing from her father and grandmother but had to shut down after 18 months. From there, she started designing and working for other brands and ended up launching her collection titled “Tracy Reese” in 1996, around eight years after her first brand. She created the line while simultaneously consulting for other brands, working day and night to create her own patterns, samples, and vision.

“There are so many layers in our industry between the creative and the commercial and a lot of voices in the room that are making final decisions about what collections will look like […] and sometimes the voice of the designer kind of gets lost,” Reese said. “I’ve learned that by being quiet and standing back, I wasn’t serving myself or my colleagues or my vision. And so I had to learn to speak up, I had to learn to be comfortable where I was not comfortable.”

Reese used her voice through the many collections she has launched since then, exploring diversity in shapes, patterns, and styles. However, she came to a point where she felt like she was designing too much, on both personal and environmental levels.

“I remember thinking to myself, ‘I’m working like a dog,’ [with] 12-hour days, designing on weekends,” Reese said. “We had 10 collections a year for each of our [three] collections […] and after a point, you lose the love of what you’re doing because you’re just satisfying the calendar.”

Her newest collection, Hope for Flowers, is based in and around Detroit. The collection launched in 2019 and is created with ethically and sustainably sourced materials. The name represents her goal of creating a collection that also involves engaging the Detroit community.

“One of the heartbreaking things about Detroit Public Schools today is that there aren’t art classes for every child all the way through like I had,” Reese said. “I know how much those classes meant to me as a child and how much they fit into my becoming a designer.”

Through localized production for her brands as well as regular access to art classes and sustainability workshops for both children and adults in Detroit, she is able to spark creativity in many ways.

“I was astonished to come home to such segregation,” she said. “I would walk into a new restaurant and I would be the only black person there. […] I felt so odd about that. This is Detroit. This is an 80% almost black city, but I’m the only person in all of these new and exciting spaces so many times and I found that frustrating. So that was also part of the reason that I wanted to launch my new business in Detroit. I wanted to be a part of bridging some of that gap. And I wanted to be a part of rebuilding the city that has given me so much.”