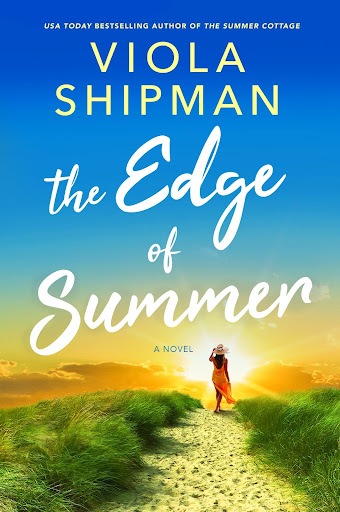 This year has been very busy yet very good for USA Today best-selling author Wade Rouse – he’s published two books with a third to be released in November.

“I’ve got three books out: one memoir (“Magic Season: A Son’s Story”) – my first in a decade – and two new novels (“The Edge of Summer” and “A Wish for Winter”). I’m excited to bring this breadth of work alive for readers,” said Rouse, 57.

The youngest of two, Rouse was born and raised in the Missouri Ozarks. He is an alumnus of Drury College in Springfield, MO and Northwestern University in Evanston, IL.

Currently, he resides in Saugatuck with his husband Gary.

Rouse will discuss his work as one of the main guests at Ann Arbor’s Kerrytown BookFest. This will be the first BookFest to be held since 2019. It will be held on Sunday, Sept. 18, from 10 a.m. to 5 p.m.

This year’s BookFest has a new home: the Morris J. Lawrence Building at Washtenaw Community College in Ann Arbor. Other notable guests include authors Beverly Jenkins and Lev Raphael.

“It’s a moving story about reconciling with family through a shared love of baseball,” said McDonald. “The memoir is a down-to-earth testament to the fact that change is always possible if we make room for it.” 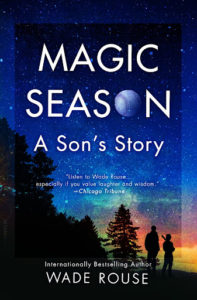 Released in May, “Magic Season” was a Barnes & Noble Father’s Day Selection and named as one of USA Today’s Best Books of Summer.

The book chronicles the relationship between Rouse and his late father, Ted. Being gay in the conservative Ozarks community, Rouse struggled to earn his father’s approval at a young age. His father offered little to no emotional support. The only thing they had in common was their love of the St. Louis Cardinals.

“It takes place over the very last baseball game we ever watched together,” Rouse said. “It was the 2015 National League Division Series Championship between the Cardinals and the (Chicago) Cubs (on Oct. 13, 2015). The Cardinals lost (6-4). It was the very first time the Cubs ever defeated the Cardinals at Wrigley Field to go on to the division championship. It seemed ironic because my father and I were often great rivals… so it’s an ironic ending. He died a few weeks after the game we watched.”

To date, Rouse has written 15 books – five memoirs under his own name and 10 novels under the pseudonym, Viola Shipman. That is the name of his maternal grandmother, a woman who had a profound impact on his life.

“I spent an inordinate amount of my time with my grandparents. Growing up, Viola lived maybe a mile away from me,” said Rouse. “I spent afternoons and evenings with her until my parents got off work. For me, she was the kindest, sweetest, most giving human being in the world. What my grandma taught me more than anything – and I think we’re all learning that now – is that the simplest, smallest things in life are the most meaningful.”

His grandmother, who never finished high school, was very supportive of Rouse and encouraged him to become a writer. She died in 1989 at the age of 74.

“To write under my grandmother’s name is the smallest thank-you I can give to her,” Rouse said.

“The Edge of Summer” 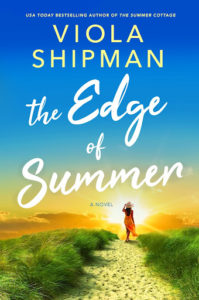 “The Edge of Summer” debuted in July. It occurs in Saugatuck. In fact, all of Shipman’s novels occur in a Michigan resort town. Rouse spoke about this novel’s conception.

“It was inspired by, of all things, my grandmother’s buttons and button jars,” he said. “I’ve kept all of her heirlooms, but I still have her buttons and button jars and sewing basket on my bookshelf… She was a working poor seamstress; she stitched overalls at a local factory. When she got off work, she would come home, and I would be there after school. We would go into her sewing room, and she would sew on her Singer (sewing machine) after sewing all day long. She had thousands of buttons and would always tell me they told a story of someone, somewhere.”

Rouse continued: “She couldn’t afford to buy new clothes, so she’d take Good Will blouses, rip the buttons off, and replace them with pretty ones. She made all my school clothes and my mother’s coats. I remember how she’d always look down and smile at me when she was sewing. I always wondered how she got to that place in her life – she was dirt poor, yet she struggled and sacrificed a lot to get to that point where she was happy with her grandchild watching her sew. I always thought about the stories our elders never told us… about how they got to be the people they were.”

“When I presented the idea of doing a novel on buttons, my agent and editor were like, ‘Maybe you should think again,’” recalled Rouse, laughing.

The plot of “The Edge of Summer” follows fashion designer Sutton Douglas. She is devastated by the sudden death of her mother, an intensely private seamstress named Miss Mabel. Sutton moves to Saugatuck, believing she’ll find answers about her mother’s past. Sutton is based largely on Rouse.

“She grew up in the Ozarks. Her mother dies and leaves Sutton her sewing machine and buttons. Sutton lost her mother to COVID-19 and I lost my father-in-law to COVID-19,” Rouse said. “I love setting it into Saugatuck because the arts community has been influential to me as it is to Sutton as well. It really shows her evolution and the beauty of the area and the history of the area as it settles into her soul. She falls in love with the beauty of Michigan, which recenters her.”

Sutton buys a collection of buttons from Bonnie Lyons. Events are set in motion leading Sutton to believe Bonnie may be her long-lost grandmother. As she begins confiding in Bonnie, Sutton uncovers family secrets her mother so carefully hid.

“This is the most deeply emotional novel I’ve ever written,” said Rouse. “It has significantly much more history – it’s a mix between contemporary women’s fiction and historical fiction. I’ve even included a mystery element to the novel, inspired by my love of Mary Kay Andrews’ work. The mystery is this woman Sutton meets is perhaps her long-lost grandmother or perhaps it’s just her grief speaking. That’s something I’ve never done before, so it was exciting to challenge myself in a new way.”

To write this novel, Rouse channeled many great memories of his beloved grandmother.

“I’ve spent much of my childhood sitting in her sewing room,” he said. “I was able to recapture a lot of the beauty and history about something we overlook every day…These things we take for granted have a long history, so it was beautiful to bring that back to life again and honor my grandmother’s history.”

“A Wish for Winter” 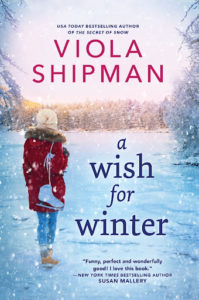 Set in Petoskey, Wish occurs during the holidays. The main character, Susan, is named after Natalie Woods’ character in the 1947 Christmas classic, Miracle of 34th Street, one of Rouse’ favorite movies. He called it the funniest, most diverse novel he’s ever written.

“It’s inspired by my love of independent booksellers. It’s about Susan, a 40-year-old bookseller, whose mother and grandmother both met their husbands while (both men) were dressed as Santa Claus,” Rouse said. “She feels it’s her destiny and curse to do the same. Her entire life has been following in the steps of her mother and grandmother. The entire town wants to fix her up with that one man.”

At the Santa Hustle 5K in Chicago – an actual 5K race that occurs annually in the Windy City – Susan meets a man at the start of the race. They have an instant connection, but she’s dressed as Mrs. Claus while he’s dressed as Santa Claus. Before they can see each other’s true faces and get each other’s contact information, they get separated once the race starts. The citizens of Petoskey then start this viral search called the “Single Kringle” to find this man.

“It’s a beautiful story about a woman forgiving herself for past mistakes,” said Rouse. “She’s trying to feel again the magic of the holiday season that has long escaped her. It’s very funny, very romantic, it’s a love letter to the state as well as learning to love and forgive ourselves.”

Making Sense of the World Through Writing

Rouse explained why he sets his novels in resort towns.

“Every resort town in Michigan is just loaded with history. I really like to make the setting as big a character as any of the characters. Detroit’s connected to this novel as well. At every event, people ask me, ‘When are you gonna write about my town?’ I’m like, ‘It’ll happen, it’ll happen,’” Rouse said. “For me, writing is the way I make sense of the world. It’s the way I connect with people. Especially in these times, writing is what brings us all together.”

His novels have been known to increase tourism in Michigan.

“That’s what I’ve been told,” said Rouse, laughing. “I get hundreds and hundreds of emails a month – and that’s no exaggeration – from people all across the U.S. and the world over who want to visit Michigan… I love bringing to life all the resort towns across the state. Mackinac’s going to be in my summer 2024 novel, and Frankenmuth will be the setting for my next winter novel.”

Rouse continued: “They’re all beautiful places. All of these places have fascinating, quirky histories I love bringing to life. Despite all the Pure Michigan advertisements, people still aren’t that familiar with the beauty of Michigan and how diverse it really is. They’re sending me on southern tours now because the reader base across the Carolinas, Florida, Georgia, and Texas have increased so exponentially that they’re fascinated with all things Michigan, it seems.”