Detroit native Donnevan Tolbert has been acting since elementary school, and has recently landed an opportunity that may take his performing career to the next level.

Tolbert, who teaches at Plymouth Educational Center in Detroit, is a member of the Hillman Grad Mentorship Lab program’s 2022 class, studying the craft of acting with personalized instruction and coaching.

Of the 22 mentees in the 2022 class of future filmmakers, Tolbert is the only one from the Midwest.

Hillman Grad Productions, a development and production company founded by Lena Waithe and Rishi Rajani, is “committed to creating art that redefines the status quo by providing a platform for BIPOC and underrepresented voices across all mediums. The mission of Mentorship Lab is to provide opportunities for marginalized creatives and storytellers to connect, grow and accelerate their careers in television and film.”

“As long as I can recall, my heart has always been about giving back to the next generation of storytellers, whether hosting writing workshops, coffee meetings on Saturdays to lend advice, or doing table reads on scripts,” said Waithe. “The diversity of the Mentorship Lab is unlike any other room in Hollywood where all voices are welcome.”

Tolbert credits his Cass Tech High School drama teacher Marilyn McCormack with helping him focus his passion for acting and solidifying his desire to pursue acting as a career. “She helped me understand and realize what my passion was at 17 years old, because I had no idea what I wanted to do,” he said. “She put it in all of us that we could do this, that this was something we could fund our lives from.”

After high school, Tolbert earned a bachelor’s degree in theater from Wayne State University in 2017, followed by a master’s degree in Educational Leadership. Around this time he also began leading tours at the Charles H. Wright Museum of African American History. “That’s where I actually found out I had teaching chops,” he said. “I knew I could move a crowd, but I had no idea that I could learn material and teach it, and actually lead people on tours.”

Tolbert began teaching middle school at Plymouth Educational Center in 2018, where he tries to be an example of “Black excellence” and proof that his mostly low-income students  “can be more than what their environment insists they be.”

“I’m also a father. My daughter is four years old. I love her to death,” Tolbert said. “She is the reason I’m going as hard as I’m going, doing everything that I’m doing. She is my biggest motivation in my entire life.”

Though the Hillman Grad Mentorship Lab program is still in process, Tolbert said he’s already gained a lot from the experience. “HIllman is big, big step for me,” he said. “It’s a big stepping stone and another proud accolade that I’m able to put on my resume. But the family vibe that they’re giving us, it’s just been an amazing experience.” Tolbert added that the mentorship has helped him to “continue to craft my instrument, that’s me, my craft as an actor,” as well as improve his skill with textual analysis. “I’m going to be able to go into the script and understand what my goal is, what my objective is. With Carolyn [Michelle Smith] and Behzad [Dabu] being my instructors, they’re so honest, they’re so welcome, the platform is one that is so extensive and so immersive. I had no idea! But I love it. I want to become a better person overall, and of course that entails acting.”

Tolbert also said that Hillman has also already expanded his professional network, and he hopes he will be able to find an agent to represent him in the entertainment industry.

The actor said he is very grateful for the HIllman mentorship, as well as for the events that led him to this moment. “Nothing is a mistake — all of this is supposed to be happening,” he said. “Appreciate life. The good, the bad, the highs, the lows. The things we face as human beings, that is there to build your instrument, that is who you are as a person. I’m here to motivate, I’m here to change, I’m here to create change.”

“2022 has really been the year that things are manifesting in my career and throughout my life. Having purpose brings me peace, and I’ve been very peaceful as of late.” 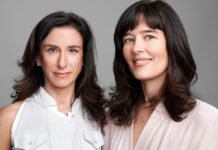 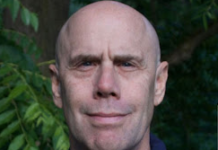 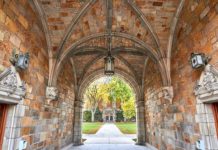