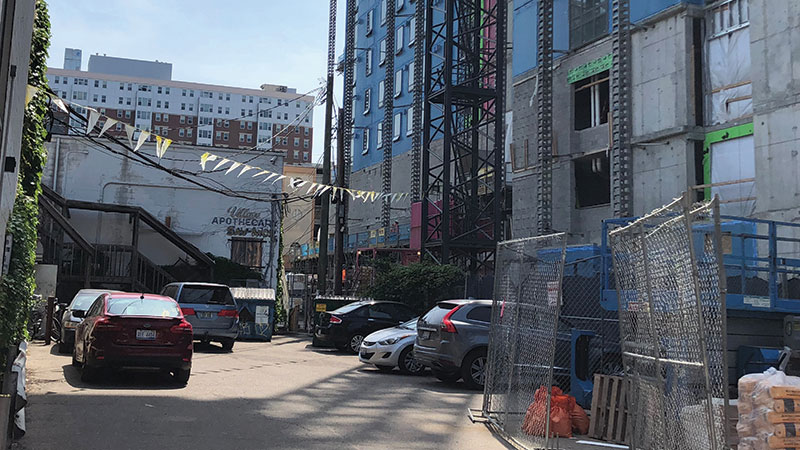 Ann Arbor is rebounding from the Great Recession with a whirlwind of development. Rents are skyrocketing, small shops are closing, there is a severe housing shortage with new buildings going up left and right. Meanwhile, in October 2015 City officials presented a report to City Council stating that only half of the city’s 287 miles of paved streets were in good condition, and we all know traffic is a mess.

According to City Planning Commission stats, there are currently 31 development projects under construction, 24 that have been approved but have not yet broken ground, and 69 proposals under review. With so many projects in play, the face of the city is poised to change dramatically in the next few years, making this an important time to reflect on what we value as a community, how we want to live, and what can be done to shape future development. This feature on development is the first in a series on housing, development, and infrastructure in Ann Arbor.

The City of Ann Arbor plan for moving forward seems to be to meet the housing shortage fast with a concentration of development downtown as a way to curb urban sprawl and keep people out of their cars. One of the 69 projects under review is the 1140 Broadway Lot, a 6.4 acre parcel on the corner of Broadway and Maiden Lane, on Ann Arbor’s north side. This large and prominent swath of property used to be the site of commercial spaces, including a Kroger supermarket and a dry cleaner, a business responsible for contaminating the site. The retail fell on hard times, and in 2007 the buildings were demolished to make way for an ambitious project that would have been in keeping with the City’s Master Plan, calling for a “mixed-use urban village” at the location, comprised of low density buildings that incorporate retail, office space, and residential units. Then-Governor Grandholm attended a ground-breaking ceremony for the project in 2008, but construction never began. The recession scuttled the plans and the lot has been empty ever since.

The market is back up, and Morningside Development Group, LLC, a Chicago-based real estate company, purchased the site and has proposed building 617 upscale condominium units accompanied by less than 1% commercial retail space. The Planning Commission’s 2017 Staff Report on Morningside’s proposal expressed the following concerns: “First, the buildings are broad and massive rather than slender. Second, the development is essentially a single use – residential – with accessory retail space, not a mixed-use center.” Despite these concerns and strong criticism from the community, Morningside’s plan got the green light, spotlighting the reason why the process for approving a new development in Ann Arbor requires some scrutiny.

Hearing but not listening

The process goes like this: a developer creates a proposal plan for a new development, and presents that proposal to the public for comment. The City Planning Commission produces a detailed Staff Report on each proposal, and makes recommendations. The developer’s proposal is then submitted to the City Council which reviews it, considering the Staff Report, public comments, and other factors before making a determination to approve or deny a permit for the development request.

Developers are obligated to submit proposals for new projects to the public for feedback, but are not required to incorporate that feedback into future iterations of their proposals. Nor does the process require developers to modify their proposals based on Staff Report recommendations made by the Planning Commission. Nor do they have to follow the City’s Master Plan. Nor are they obligated to include any affordable housing units. If their proposals meet the zoning requirements, then it becomes difficult for City Council to deny their proposals. Further, if developers do not like the zoning requirements, they can petition to change them. Should a city reject a proposal, larger developers maintain aggressive legal departments, backed by significant financial resources, to fight back.

The 1140 Broadway Lot was originally zoned for a Planned Unit Development (PUD). According to the City of Ann Arbor Unified Development Code, characteristics of PUD zoning include economy and efficiency in land use and energy, preservation of open space and natural features, provision of employment, housing, and shopping opportunities for residents, and expansion of affordable housing. PUD zoning would not have required the low density, mixed-use urban village called for in the City’s Master Plan, but would have required concessions to benefit the community if the developer opted not to offer these features. Those concessions might have come in the form of a substantial number of affordable housing units, or a large donation to the Affordable Housing Fund. 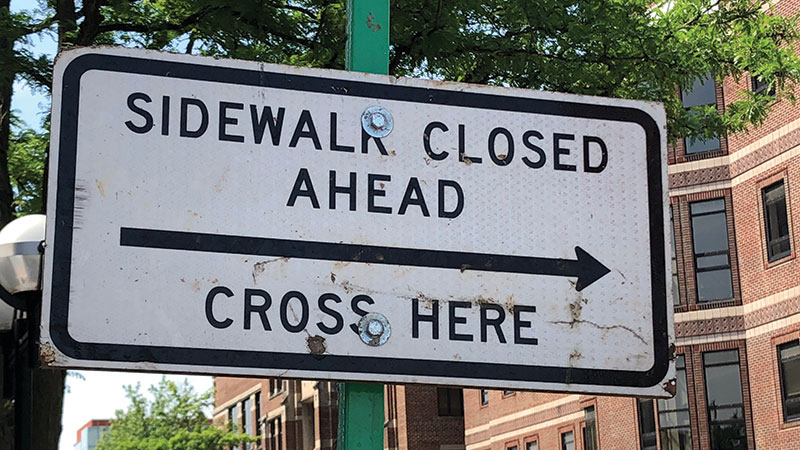 Most developers, want to maximize profits and minimize concessions, as concessions generally cost money. Accordingly, Morningside petitioned the Planning Commission to change the zoning to C1A/R, a designation intended for the Downtown Campus Commercial district. According to the Planning Commission, “In general, all of the C1 districts are designed to allow mixed uses to serve the residents within and nearby to that particular district location.” It’s a stretch to call the corner of Broadway and Maiden Lane a Downtown Campus Commercial area, but the Planning Commission approved it with the understanding that the development would provide a mix of commercial and residential units. But here’s the rub: C1A/R zoning does not specify what percentage of commercial space is required. Morningside came back with a proposal that has the highest possible density of units, the lowest possible amount of parking, only 15 out of 617 (about 2.5%) units of affordable housing, no money allocated for the Affordable Housing Fund, and less than 1% commercial space. And the Planning Commission approved it.

According to City Planner Alexis DeLilo, in addition to residential, “Office uses and a long list of commercial uses are also primary uses in all commercial districts. Which exact use or uses to provide and, if more than one, the proportion of mixed-uses, are choices the land owner is entitled to make.” If the zoning for the 1140 Broadway site had remained PUD, Morningside could have built its same site plan and elected not to provide any concessions to benefit the community, but it would have had to offer something in return, like money to the Affordable Housing Fund. Using C1A/R zoning with lots of variances, Morningside can avoid making community-based concessions without offering anything in exchange. But why did the Planning Commission and City Council approve the new zoning, and forego the opportunity to get a mixed-use urban village or several million dollars for the Affordable Housing Fund?

Where’s a working lug to live?

Councilman Zach Ackerman, the City Council representative on the Planning Commission, sees the Morningside development as part of the solution to Ann Arbor’s housing shortage. Wealthy students and employees of UM hospital are clamouring for more downtown housing options, and 1140 Broadway is walkable to those destinations and the downtown shopping district.

Ackerman also concedes that there are flaws in the City’s zoning laws, and laments the lack of legal mechanisms to require the development of affordable housing. As does Brett Lenart, Planning Manager for the City Planning Commission, who has actively worked to change legislation to require affordable housing and helped draft the 2015 Housing Affordability and Economic Equity Analysis.

Which leads us to our next feature in the series: affordable housing, and the lack thereof, in Washtenaw County.