According to the Ann Arbor Sports Commission, when the Epson Tour begins at Travis Pointe Country Club in Saline, a familiar name will be present.

Sarah Hoffman, a longtime member of the Travis Pointe Country Club, a Saline High School and Grand Valley State University graduate, will be in the field, playing on her home turf in front of her family and friends.

This is not the first time Hoffman has played a professional event at Travis Pointe. She received a sponsor’s exemption to play in the LPGA Volvik Championship in 2016.

“I did not know if I was going to make the list, but when the field was announced Wednesday, and I saw my name, I was surprised and ecstatic,” added Hoffman, who has played on the LPGA developmental tour over the last three years. “This could be my final professional competitive tournament, and I want to play relaxed, have fun and enjoy the competition.

“I am excited to return home and be with my family and my tour family.”

As a full-time player on the LPGA’s developmental circuit in 2019 and 2020, Hoffman took time away from golf to return to her coinciding career at the time as a nurse back in Michigan during the first phase of the Covid19 Pandemic.

Now Hoffman is working for the Dunwoody Country Club in Atlanta as an assistant golf professional. She has not played in an Epson Tour event this season.

She will not be the lone local golfer competing in the tournament. University of Michigan assistant golf coach AJ Newell along with U-M women’s golf team member Ashley Lau and Eastern Michigan University’s Kyleigh Dull, will also be on the first tee for competition on Thursday, June 16, when the tournament starts its 54-hole championship.

Almost all Epson Tour top money winners in 2022, including the two leaders, Kum-Kang Park (Korea) and Lucy Li (USA), will compete in the tournament.

There is a worldwide field of 156 golfers competing for the $200,000 purse and Ann Arbor’s Road to the LPGA powered by the A2 Sports Commission Trophy created by Lewis Jewelers.

Most professional golf tournaments have a field of 144, but Ann Arbor’s Road to the LPGA powered by the A2 Sports Commission will have a field of 156. The extra 12 golfers will include six Taiwan Ladies Professional Golf Association players. The championship in Ann Arbor and the following week, the Island Resort Championship at the Sweetgrass Golf Club in Harris, Mich., will be the only two Epson Tour tournaments that will have the Taiwan Ladies Professional Golf Association players in the field.

“We are hoping to shine a much brighter light on women’s golf and women’s sports in general,” said Executive Director of the Ann Arbor Sports Commission, Mike Malach. “This is the 50th anniversary of Title IX. The Ann Arbor Sports Commission wants to do its part to celebrate women’s golf. Our goal is to support another chapter of LPGA/USGA Girls program through proceeds from this year’s event.”

The Epson Tour’s most recent champion, Lucy Li, will also compete in Ann Arbor following her win on June 12 at the Carolina Golf Classic presented by Blue Cross and Blue Shield of North Carolina.

“This is just another confidence builder for me, knowing that I can win,” said Li. “That was definitely something that going into last year, I didn’t feel like I could do it even though I knew my game was there. Being able to close it out feels really good, and I’m excited for the next two weeks in Michigan.”

This week’s event is not the first time Travis Pointe Country Club has hosted a women’s professional golf tournament. The club hosted the LPGA’s Volvik Championship from 2016-2018.

One player in this Epson Tour field has already competed at Travis Pointe Country Club, back when it hosted the LPGA Volvik Championship. Lindy Duncan played in all three of the past events, placing T11 in 2016, T16 in 2017, and T4 in 2018.

“I’m excited to go back [to Travis Pointe],” said Duncan. “When we played there, I had good finishes. I always felt comfortable on that course, so hopefully I can just hit it well and putt like I did back then.”

A hole in one contest hosted by the Orthopedic Specialists, PC Ann Arbor, Michigan, will be held on Saturday, June 18th, starting at 10:30 am. The price to play will be $5 for three shots, with all monies going to the American Heart Association. The 10 closest players to the pin will be invited back to take one shot for $100,000.

The Epson Tour (formerly the Symetra Tour) is the official qualifying tour of the LPGA Tour and enters its 42nd competitive season in 2022. With the support of entitlement partner Seiko Epson Corporation, the Tour’s mission is to prepare the world’s best female professional golfers for a successful career on the LPGA Tour. In the last decade, the Epson Tour has grown from 15 tournaments and $1.6 million in prize money to $4.41 million awarded across 20+ events in 2022. With more than 600 graduates and alumnae moving on to the LPGA Tour, former Epson Tour players have won 459 LPGA titles. 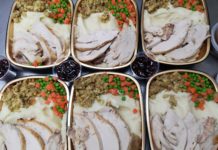 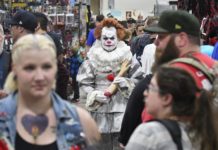 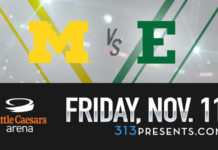