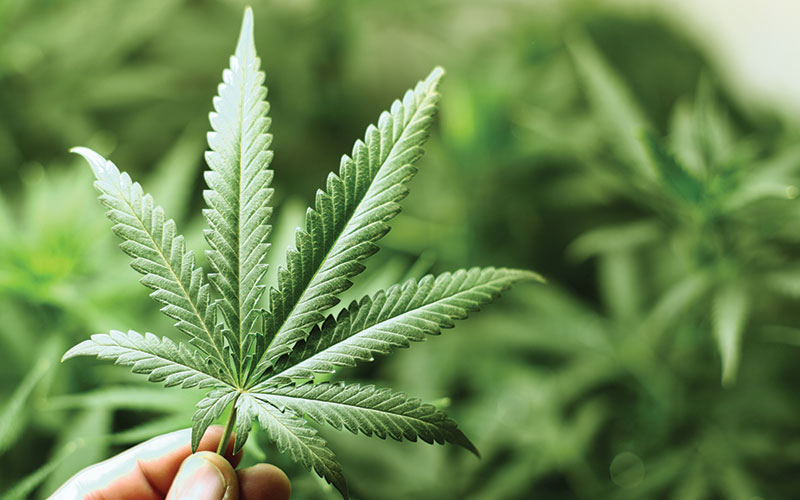 Many of those who support this move feel that undecided voters can be persuaded simply by appealing to their appreciation for the expected tax revenue.

While the revenue will be substantial, and will benefit local and county government (15% each), it will provide much revenue for the school aid fund to be used for K-12 education, and to the Michigan transportation fund to be used for the repair and maintenance of roads and bridges. This benefit, many people feel, is enough to sway any undecided voters. And perhaps it is enough to sway some people, and that is a good thing.

The other benefits of repealing marijuana prohibition, however, are even more substantial.

Marijuana enforcement is much more harsh against people of color than against people of caucasian descent. Those statistics have repeatedly been confirmed throughout the reach of the criminal justice system, from street encounters to incarcerations. Continuation of those policies violate the constitutional provisions supposedly ensuring the rights of equal protection and due process.

Repeal of marijuana criminalization will benefit society by reducing unregulated and criminal distribution activity, and allowing police to focus on more important aspects of crime prevention and investigation.

Commercial marijuana facilities will be heavily fortified against intrusion, and heavily monitored for unusual activity. Intrusion would be difficult, and likely unsuccessful. Meanwhile, cameras used to monitor some locations have generated helpful leads in investigations of unrelated matters. More monitoring of our society in general may not be such a good thing. The implications of that activity has yet to be fully understood.

Cannabis will be helpful by stimulating business development. Cannabis jobs can and will provide employment for great numbers of people. There are few other industries creating not only management-level positions, but also basic entry-level unskilled labor jobs which pay a living wage. That really could be huge. It is true that much of the growing process could be automated and performed by robots, but the machinery is not there yet, and the capital outlay will be enormous. By then, hopefully the “Craft Bud” movement will have taken hold, with boutique brands sharing shelf space with Chong’s Choice and Willie’s Reserve and JuJu Marley.

In addition to all the jobs involving growing, processing, testing, transporting and selling cannabis and cannabis products, there will be a good number of jobs in ancillary endeavors, including design, advertising, packaging and all the mundane operations necessary to any business, including payroll processing, security and maintenance and janitorial services.

Repealing prohibition and “freeing the weed” will allow for medical potential to be pursued and studied with greater freedom than it is now. The full potential of cannabis cannot be achieved so long as cannabis remains on the federal schedules of controlled substances. Alcohol and tobacco are not scheduled. Cannabis should not be scheduled either.

1. Register to vote. You must register at least 30 days before the election in order to be able to vote. The election is November 6. You can register at any Michigan Secretary of State office or at the office of your local city, township or village clerk.

2. Find out who is running. Do some research on their position on repeal of cannabis prohibition. Meet with them to thank and support them if they already are on the side of truth and justice, or try to get their support by educating them as to both the generally benign nature of cannabis and the support of the voters. You can show them the progression of support for repeal of prohibition moving at the rate of approximately 3% per year.
Here is a link to some polls: https://minorml.org/about-us/polling-data/

3. Help candidates who support repeal of marijuana prohibition, and actively oppose the others. Do something to help change public policy.

4. Do not take this election for granted. There could be major opposition all over the airwaves by election day. Remind everyone you know to register and vote to repeal prohibition.

5. Join the cause and donate. Visit the Michigan Cannabis Coalition’s website, micannabis.vote