Book-ended by the luminous FoolMoon and the eccentric FestiFools celebrations, and culminating, for some of us, in the long-awaited HBO premiere of Game of Thrones Season 4 (because winter in Ann Arbor may be over, but I love me some John Snow alllllllll year round) the 43rd annual Hash Bash was a crowded, hectic, hashy bash indeed, and an absolute blast.

So, without further ado, here's my review of the day's events, in case you didn't get a chance to attend, or if your memory is just a little hazy. 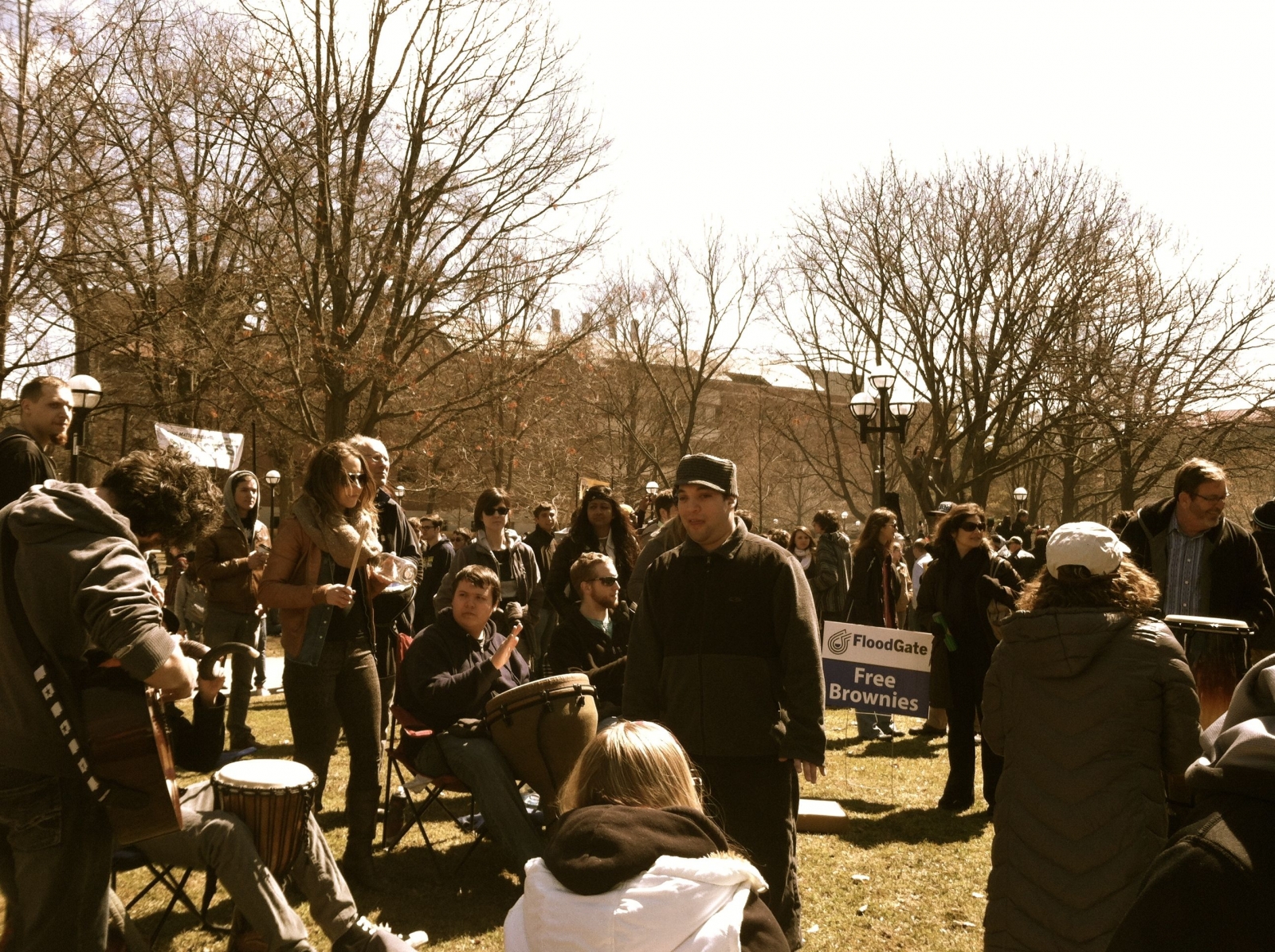 It all started with a rally on the diag. But before I could even get close enough to distinguish the voice of the speaker from the voices of the crowd, a waft of marijuana smoke embraced me in a welcoming hug. I can't make this clear enough- YES, THERE IS WEED AT HASH BASH, yes, right there in the middle of the U of M campus. You will see it. You will smell it. But no, you don't have to smoke it. 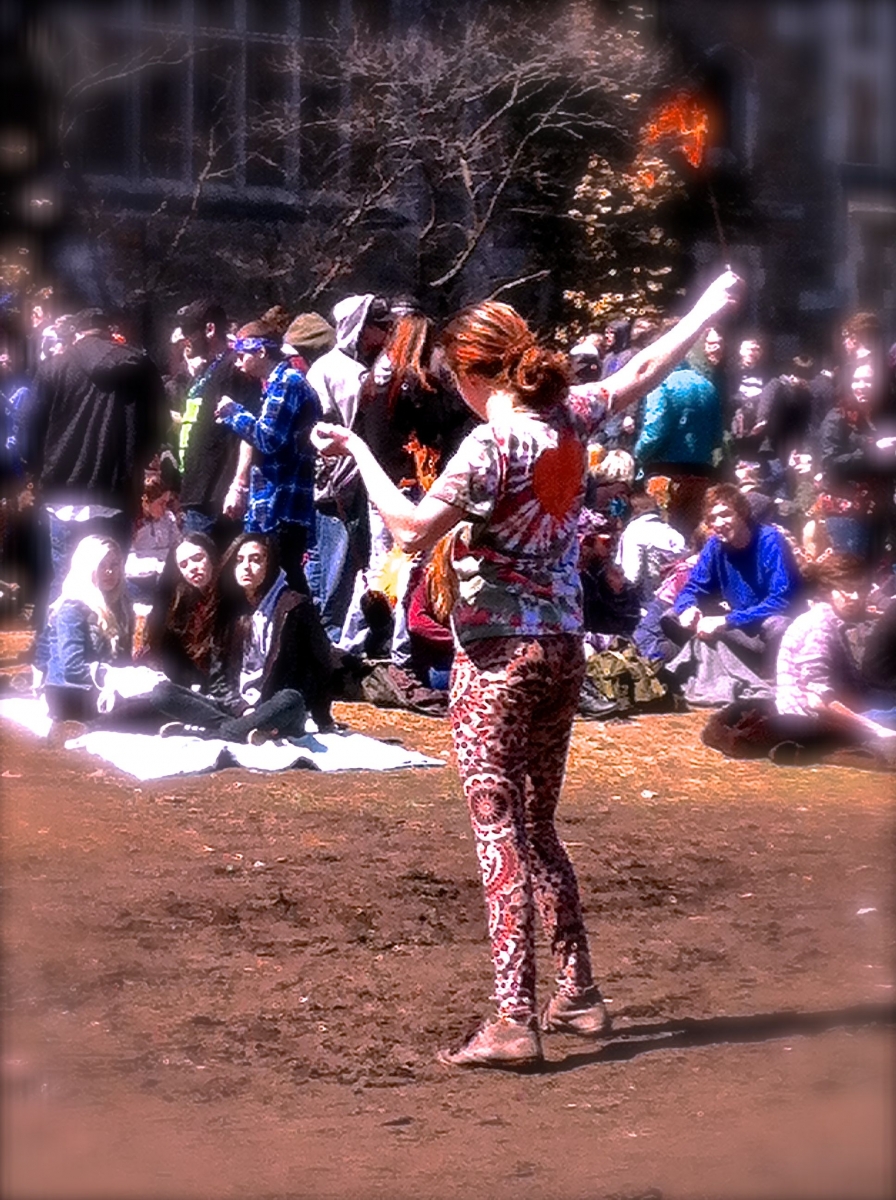 Hash Bash is, at its core, a forum for marijuana advocacy. State representatives, lobbyists, and John Sinclair himself (whose 1969 arrest for marijuana possession and was-gonna-be-10-year prison sentence prompted the Hash Bash tradition) spoke at the rally, primarily about the socioeconomic benefits of legalizing marijuana. And this is what I took away:

1. Selling and taxing marijuana legally could give our economy a much-needed boost.
2. Filling our prison cells with violent criminals instead of marijuana users and providers would be economical and could keep more dangerous people off the streets.
3. Marijuana helps people, from cancer fighters to U.S. veterans battling Post Traumatic Stress Disorder. 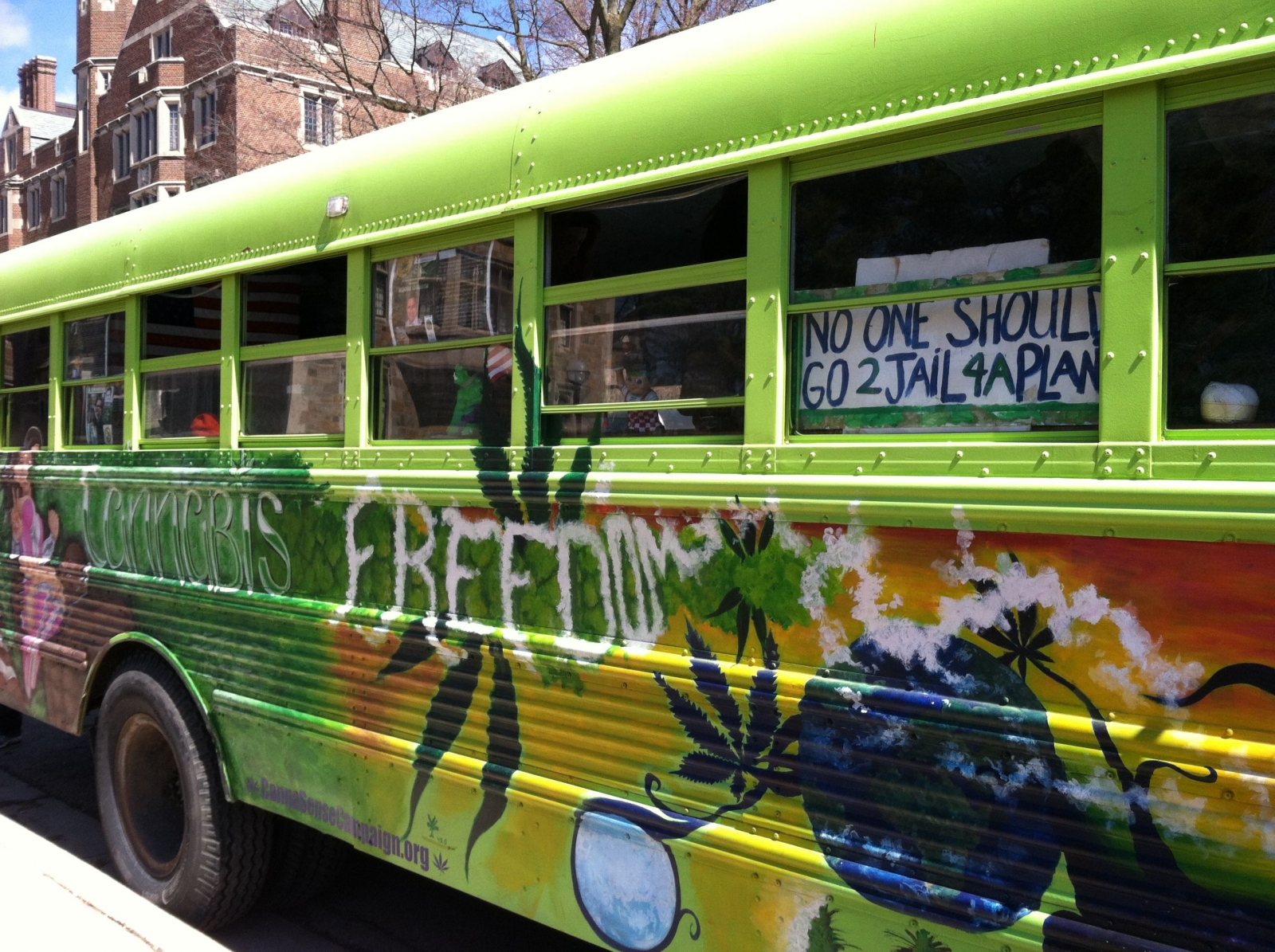 I imagine it was common to drift in and out of the audio of the speeches, bringing the background noise into the foreground. There was, of course, a drum circle, complete with cowbell and tambourine. There were strangers meeting, shaking hands and sharing joints. There were troubadours strumming guitars and street performers dancing to beats. There were church representatives giving out free water, free brownies (free of hash, or any form of THC) and free spiritual readings. A woman named Clara, short in stature but tall in spirit, gave me mine. She told me that I was a beautiful girl with a beautiful smile who is meant to do beautiful things in this world.

There was more beauty to be found at the Monroe St. Fair, and Downtown and all around Ann Arbor. At the fair, a steady flow of performers took the stage, reggae, rap, rock and more. Consumerism flourished at the t-shirt table. And the crowd was packed, like a bowl full of fresh bud. There were tie-dye shirts aplenty and dreadlocks all around. There was also something called a "Cannibus" stationed nearby. People looked at it quizzically like, "Are we allowed in there? Are people smoking in there? Are people %!&#ing in there? Let's go check it out." I went in and discovered that it was a bus offering literature on marijuana advocacy, and sharpies, to write a personal message on the interior. 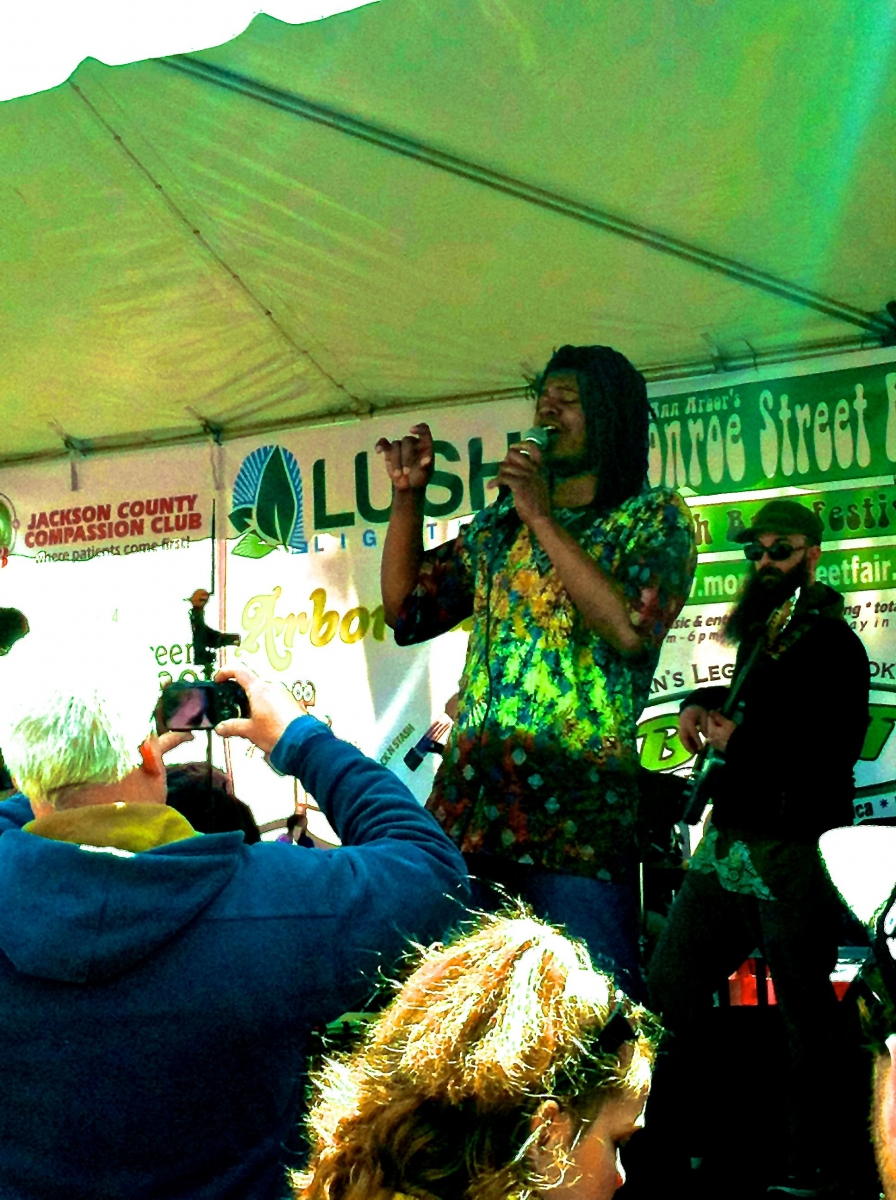 Freedom reigned at Hash Bash, all over town. When I went to grab a beer with some friends on a State St. patio, our waiter admitted concern: he had a weed Rice Krispie treat stashed in the back and had to ration it for the rest of his shift. He was a little slower than we might've liked on the service, but perfectly personable and capable all in all.

People tend to get nervous around Hash Bash time if they're not accustomed to marijuana culture. They fear "those stoner hippies" and the havoc that they'll wreak. But I now know first hand that Hash Bash is centered around peace, freedom, and unity, ideals as patriotic as apple pie, the only difference being that Hash Bashers might actually eat the whole pie, instead of just one piece.

Casablanca, on Washtenaw, close to Downtown Ypsilanti, has a comfortable, down-to-earth atmosphere, hiding it’s 35-year-ago provenance as a Taco Bell. The manager/owner, Mohammad Mohammad, is hands-on, ensuring satisfaction for each customer, assuring that each dish placed on the table is properly presented. The abundant natural light from ample windows gives the dining area a warm,

In Ancient Greece, the agora was a central public space, meaning “gathering place” or “assembly.” The agora served as a political, commercial and social hub and was also where Socrates found himself in trouble because of his philosophical inquisitions. In The Public Square, an exhibit on view at the University of Michigan Museum of Art

Jeff Robinson can hear the music of the brew. After working as an audio engineer for nearly 30 years, the owner of South Lyon’s Third Monk Brewing doesn’t see that career as dissimilar: “…malt is the bass,” he says, “and hops are the treble, and the yeast is the mastering. I can take components of

We human beings are a storytelling species. Our social institutions— religious, legal and cultural— are based on narratives that may be fanciful or fact-based or influenced by precedent. But they are also ever-evolving. Throughout the winter and spring of 2020, Courtney McClellan, this year’s Roman J. Witt Artist in Residence at the University of Michigan