For Talking Ear, the creative process is a personal and elusive one.

After releasing their self-titled debut album last summer, Talking Ear started searching for a way to take their creative growth beyond performing and recording.

“The last couple of years we’ve had these discussions continually about how do we connect with an audience and continue to challenge ourselves as an ensemble,” Cohen said. “We were focused on releasing the album and just kind of touring and using Facebook as a platform to try to reach new people. Then, Travis came up with the idea of the podcast and the song release every month.” 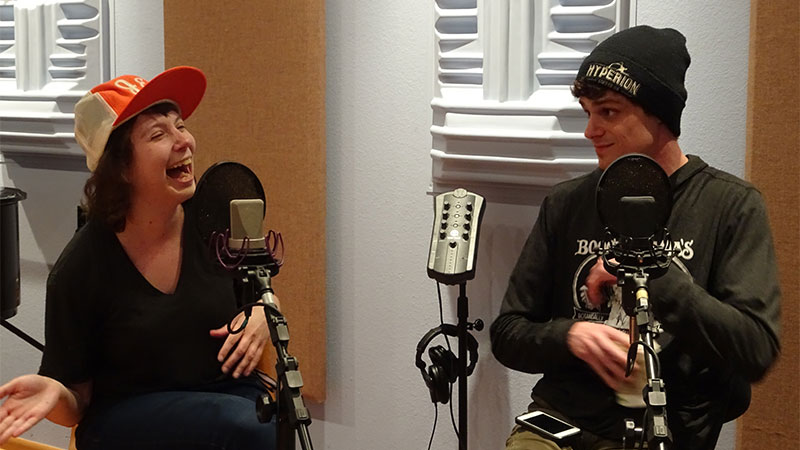 In December, Aukerman pitched the idea of having the band host monthly “On Creating” podcast episodes at Stone Soup Recording Studios in Maumee.

For the podcast, band members dissect the creative process with each other as well as composers, musicians, visual artists, writers, comedians and other guests. Talking Ear also releases an original composition and video with each podcast episode on the third Thursday of every month.

“They have a process, and they try to settle into their process so they can create the most honest, intentional work. When I see good art, there’s a lot of intention behind, and there’s a lot of clarity in that person,” Aukerman said. “When I see a good athlete, I see the same thing. The best athletes are truly honest with themselves about their flaws and their successes. That’s how they can become the best at what they’re doing, and that’s what we’re trying to do right now. That’s what the discussion has kind of opened up.”

To kick off each discussion, band members share their insights and inspiration behind their newest composition. The latest “On Creating” episode features a Cohen-penned song called “What Remains.”

While writing the song, Cohen used a piano to seek musical inspiration and get the creative process started. She later formed the song’s lyrics around the concept of trusting in time.

“I was on a beautiful instrument and that informed my improvisation, which made the piece happen,” Cohen said. “I developed the music first, and I didn’t have any words, just kind of letting it gestate so I could feel what it might be about, and I had one line that kept coming to me, which was light fading.”

In the same podcast episode, Cohen and Aukerman also compare the similarities between the creative process for jazz improvisation and improv comedy with Tori and Jason Tomalia, co-owners of Ann Arbor’s Pointless Brewery & Theatre. 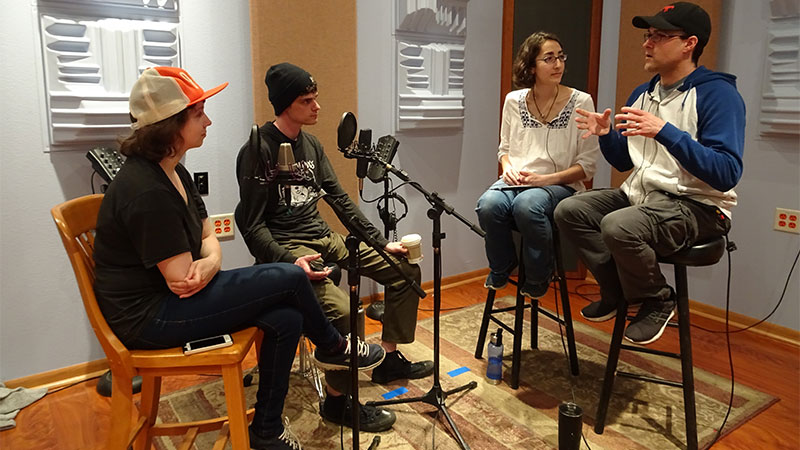 “You want to react honestly in the moment, and you do that by playing an honest character. Your character needs to be relatable and believable,” Jason Tomalia said. “You see that all the time in any story. Yes, it’s making something up on the spot, but it’s not just grabbing an instrument that you don’t know how to play and just doing whatever you want on it. It’s honing that instrument and mastering that instrument.”

Whether mastering an instrument, composing the right set of lyrics or developing impeccable comedic timing, each “On Creating” episode allows band members and their guests to gain deeper insights about creation and artistic growth.

Aukerman said he hopes the podcast creates a sense of community between non-musicians and musicians. By talking about the creative process, non-musicians can learn more about what inspires musicians while musicians understand how their industry compatriots are approaching their art.

“I think people just like to hear an honest conversation about something that’s difficult to talk about,” he said. “I hear a story, and I’m ready to do something. That’s what I want it to be like – digesting a vitamin or a supplement, and hopefully, it pushes you just a little more to do something else.”

To better digest those audio supplements, check out Talking Ear’s “On Creating” podcast. The band also issues a prompt for listeners to reply via the group’s Facebook page or email address at oncreatingpodcast@gmail.com.

While Talking Ear plans to continue releasing new podcast episodes and compositions each month throughout 2018, they also will embark on a short Midwest tour through June and work on a follow-up album.