Ann Arbor has done an excellent job of attracting members of the “creative” class: young, highly educated, highly paid people working in technology, the arts, business, law, and medicine. These people, most of them white, many with families, enjoy Tree Town’s abundant parks, nearby farms, excellent schools, quality shops and restaurants, and vibrant arts scene. Consequently Ann Arbor has made several top ten lists compiled by the Martin Prosperity Initiative, which ranks American cities for various indicators of wealth. One of the less-enviable of these lists ranks cities in terms of economic segregation, and Ann Arbor finds itself in the top ten there as well.

Ann Arbor is the economic engine of Washtenaw County, the fourth wealthiest county in Michigan, and finding an affordable place to live within a reasonable distance from work is a struggle for people at nearly all income levels.

With high income earners clamoring for more housing and no legal mechanism such as inclusionary zoning or rent control to require developers to create and maintain affordable housing, there is little motivation for them to build anything other than luxury condominiums. Rising rents and real estate prices have forced many of Ann Arbor’s lower and middle income residents to leave town, which has disproportionately affected Ann Arbor’s black population.

The impact of the growing ranks of University of Michigan students and faculty on Ann Arbor’s housing shortage cannot be overstated. In the last ten years the city has welcomed 12,000 new jobs and 6,000 additional U of M students but the university has not built the housing necessary to keep those students on campus, and staff living nearby. U of M students are, in most cases, from wealthy families who can afford to subsidize or pay for rent, and developers have been scrambling to build luxury condominiums to accommodate them, which puts upward pressure on rent and home prices across the community.

Sasha Womble is an African American woman in her late thirties who has lived in Ann Arbor since 1996 when she moved to attend college from Detroit. Her father grew up on Wall Street on the Northside in the home his parents owned. After retirement her grandparents could no longer afford the rising property taxes and high cost of living, and were forced to sell. Her father found he could not afford to buy a home like the one he was raised in and moved to Detroit. The Northside, and the historically black neighborhoods of Water Hill and Kerrytown, have since attracted wealthy, mostly white people who bought many homes like her grandparents’, driving prices further up and pushing black residents out. After renting for seven years in the once-affordable Stonybrook neighborhood, their home and several homes on their block were suddenly sold out from under them. Tired of the insecurity of renting, the Wombles decided it was time to buy. They began looking in Ann Arbor. “My husband and I have both worked full time the whole time we’ve been together and we make decent money, but the mortgages combined with taxes (in Ann Arbor), it’s just out of the market for us.” 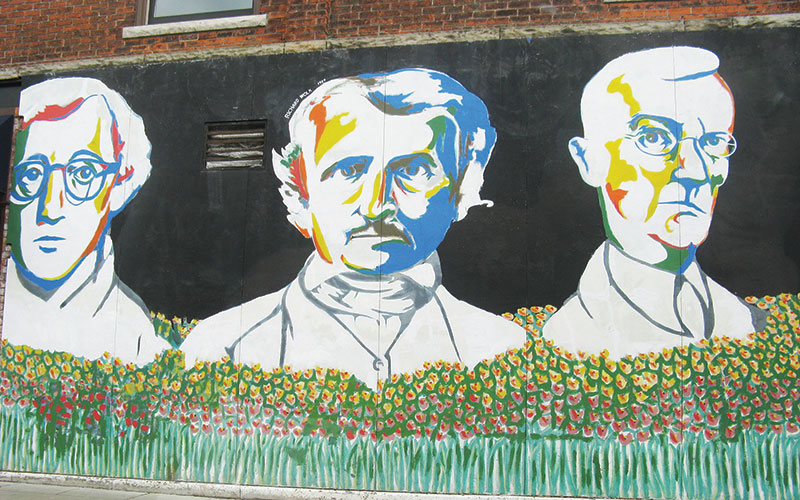 The Wombles did not feel that they were the victims of discriminatory lending practices from the banks, and were encouraged to see any home they wanted by their real estate agent. But the recent history of mortgage lending in Washtenaw County, as reported through the Home Mortgage Disclosure Act, shows that African-Americans are denied mortgages for single family, duplex, triplex and quad units at a rate often three times that of whites or Asians.

In some ways, receiving middle class families like the Wombles who are priced out of Ann Arbor is a boon to Ypsilanti’s depressed economy. Twenty years ago, the auto parts manufacturers left and took their highly paying union jobs with them, and Ypsilanti lost its major employer. The city’s residents without college educations have not found a comparable employment opportunity since, and the tax base has steadily declined. The recent influx of middle class Ann Arborites is raising tax revenues and contributing to the revitalization of downtown. It is also leading to steeply rising rents, forcing many of Ypsilanti’s nonwhite residents into neighborhoods south of Michigan Avenue where over 80% of Ypsilanti’s subsidized low income housing is located, the same location as the Racially and Ethnically Concentrated Area of Poverty depicted on U.S. Department of Housing and Urban Development maps.

Washtenaw County has tried to maximize the number of units of low income housing it can build with limited funds by citing developments outside of Ann Arbor’s expensive real estate market. The concentration of low income housing in Ypsilanti further burdens that city’s already depressed economy, and deepens the economic, social, and racial divides between the two cities. Jennifer Hall, Executive Director of the Ann Arbor Housing Commission which oversees low income housing, is determined to reverse this trend, saying “Outsourcing low-income housing to the southern and eastern part of Washtenaw County is not a housing policy, it is a segregation policy.”

Money and City-owned property are the best tools now

Jennifer Hall teamed up with Teresa Gillotti, Interim Director of Washtenaw County Economic Development, to present results of a comprehensive report on fair housing, The Washtenaw Urban County Assessment of Fair Housing Plan, to City Council in May. Hall and Gillotti concluded that money and city-owned property are the two best tools for the city to create more affordable housing. They recommended considering underutilized public property for possible development of affordable housing, prioritizing rental units for people who make up to 60% of the county’s median income. They estimated it would cost between $3.5 and $7 million to build the 140 units of affordable housing per year recommended by the 2015 Housing Affordability and Economic Equity report, published by the Washtenaw County Office of Community and Economic Development, to meet existing demand. This level of funding far outstrips the money available through the affordable housing fund and the mental health millage, $800,000 of which is earmarked for affordable housing each year. To bridge the gap, they believe a millage for affordable housing is necessary to fund mission-driven nonprofits like Avalon and Habitat for Humanity to build permanent low income and workforce housing. 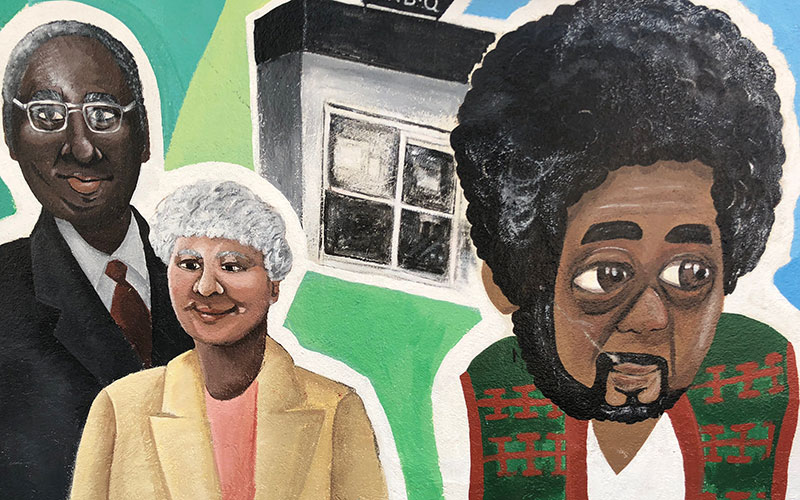 By far the largest source of funding for affordable housing are low-income housing tax credit projects granted to a select number of private developers qualified to process the lengthy and complex regulatory paperwork. The required affordability period is only fifteen years, however, after which the units can change to market rate rentals. Three hundred and fifty of these units will be coming out of affordability and into market rate in the next two years. Hall and Gillotti will bring a recommendation to Ann Arbor City Council in September that their agencies be tasked with compiling a detailed inventory of all city-owned land for potential development of low income and workforce housing to meet the rapidly growing demand.

As sensible as it may sound, in practice, creating low income housing on City land is often met with resistance from Ann Arbor residents. Paquetta Palmer, an African American woman in her sixties and a mental health and housing activist, works for Washtenaw County Community Mental Health and has lived in Ann Arbor since 1979. She recently moved from her Water Hill apartment when her landlord sold the property. “There are so many pockets of affordable housing (in Ann Arbor), but you don’t know about them because they fit in the neighborhood. The people who immediately go up in arms when an affordable housing development is proposed, those are the people who just don’t get it. Where do they think a waitress, or a nurse, or a teacher is going to live? Because they cannot afford to live here.”

Over the past 40 years Palmer has seen the Water Hill and Kerrytown neighborhoods go from being strongholds of Ann Arbor’s black community to becoming almost entirely white, as more affordable rentals have been renovated or demolished to make way for high end condominiums. Most of her black friends moved East of Ann Arbor, many to Ypsilanti, which has not added any housing stock to accommodate new residents in 20 years.

The Washtenaw Urban County Assessment of Fair Housing Plan concludes that Ypsilanti and Ypsilanti Township need to add amenities, services, and improve institutions like schools to stabilize and serve its residents, and to raise income levels through education, training, recruitment, and hiring strategies. Ann Arbor can bring middle and low income people back to the city by offering more committed affordable housing units. Promoting the economic and racial diversity of both cities will benefit people at every income level.

What exactly is affordable housing?