“I’m sitting here in the parking lot to see the new Star Wars,” says Reverend Robert Jones, “and I’m surrounded by Ewoks and Chewbaccas.” The storyteller, blues activist, and Detroit pastor believes that’s for a good reason. “People stand in line in their Wookie outfits because it’s a way to become a part of a big gigantic mythic epic of good versus evil. However many ways you tell it, people still hunger for that story.”

In preparation for the event, we asked a number of storytellers (including three featured this year — Kevin Kling, Bill Harley and Yvonne Healy) for their take on their art form. 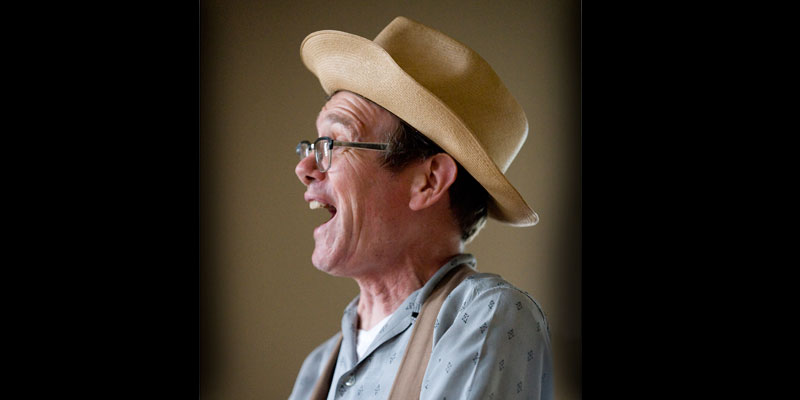 Kevin Kling has dished stories on NPR and as a playwright

“I think that stories have always been in response to things greater than ourselves. Where do we come from? What’s sacred? What’s funny? Stories help to place ourselves as a part of the greater mystery. They help us figure out how we connect, how we belong.” — Kevin Kling, storyteller, playwright, and “All Things Considered” contributor

“Part of what I have my students do is study how a story came into being. It might be hundreds, even thousands of years old. I encourage them to find the who/where/why behind the story, they provide clues to retelling it. We honor the past by retelling in the present.” — Jessica “Decky” Alexander, Professor of Applied Drama and storytelling teacher at Eastern Michigan University

On the best stories

“I think the best stories have the characters on the horns of a dilemma, where neither choice is perfect. What’s most important to you: do you want to save your brother, or do you want six billion dollars? Good stories put people in those dilemmas, where the choice is not clear cut.” — Bill Harley, storyteller, author, two-time Grammy award winner, and NPR contributor

“The story is in the storyteller’s head and body, but its power is in the fact that it takes place in the listener’s imagination.” — Yvonne Healy, winner of the Top Irish Storyteller in the USA award

“Great storytellers show you who they truly are through their telling, and they speak from the heart. They have an uncanny ability to quickly read an audience, no matter what age, and to choose a tale that will tickle a funny bone, inspire, or make listeners gasp.”  — Laura Raynor, storyteller at the Ann Arbor District Library

“A story should be a refined and goal-directed element of communication, with a clear beginning, middle and resolution. Sometimes, the resolution is accomplished by using another vehicle, like a song, dance or mime. I will purposely come down from a stage to appeal directly to an individual. With interactive storytelling, the stage is like the fourth wall of theatre. I try to make that boundary disappear, or at least make it something I can manipulate for the good of the story.” — Genot Picor, storyteller, historian and director of La Compagnie Musical Dance Troupe, which specializes in music, dance and storytelling of the Great Lakes up to the Civil War.

“In the theater, the audience is a voyeur; you’re in a world clearly not your own. As a storyteller, you’re asking the audience to trust you to go to a place. They need a good guide, they need to know they’re safe. You’re going to ask them to question beliefs, and that can be frightening. So we have to invite them in, help them conjure what’s already in there. The audience creates all the imagery, connection, making discoveries, asking questions, finding memories they’ve forgotten.” — Kling

On the power of great storytelling

“I think storytelling is the way to get away from demonizing the “other”. Story particularizes experience. It crystallizes what’s true about human nature. When someone tells you a story it reminds you of yours; that’s the way it works.” — Harley

“I know storytelling can help heal. If we could just step back a minute and look at the world and the story, what’s wrong is rarely what the demagogues tell us. Sweeping generalities counteract the reality of the stories, which put humanity back in front of us. When you put a name on someone, our humanity becomes pricked; you realize there is no “The Mexican,” “The Black,” “The Lesbian.” All of us are flawed. We have moments of heroism and moments of cowardice. One of the most powerful things the storyteller does is to put the humanity back in these big concepts.” — Jones

On the intersection between folk stories and folk music

“There are even some cultures that have no distinction between song and story. We’re standing on the shoulders of people who came before. Storytelling is one of the most ancient and active ways to transmit culture.” — Matt Watroba, storyteller, community singer and frequent performing partner of Robert Jones

I got a postcard from a Mormon family in Utah that said, “We know that our kids are safe listening to your stories.” A week or two later, I got a postcard from a lesbian couple in San Francisco that said, “We know our kids will be safe listening to your stories.” Either I’m saying nothing at all, or I should run for office.” — Harley

“There’s a song, ‘That Kind of Grace,’ based on ‘Amazing Grace,’” and it talks about Rodney King, the Alabama church bombing, a kid strung up by the Klan. Matt Watroba and I did it at the end of a set at The Ark. At the end, we got no applause. It was silent. I looked at Matt; he looked at me. People stayed in the moment. It was better than a standing ovation.” — Jones

“I was telling a Greek myth about Halcyon, a character who has to swim through a river.  After it was over, a woman came up to me with her husband who was paraplegic. He wasn’t able to speak in a way that I could understand, but could communicate through her. He told her it was one of the only times since his accident he had felt like he could swim, he could feel the water. The story brought it back for him.” — Healy

“The absolute best is when a kid comes up and says, ‘You’re almost as good as my grandpa.’ ” — Kling

“At a gathering in Chatham, Ontario, a man named Red Cedar, an Elder from the Onondaga People, told me, ‘the Ancestors speak through you to keep our teachings alive.’ I humbly accept that gift. When my time on earth is gone, someone will be there to take my place.” — Picor

On why you should go

“Adults need to hear stories as well as children, to travel to that other place and to understand who we are. The more screen time we have, the hungrier we are for the simple act of listening to a great story.” — Raynor

“Take a chance. You can spend hundreds of bucks to see Adele or you can spend $25 and blow your mind. Now, more than ever, we look for human connection in this age of screens and tweets. Stories validate us as human beings.” — Watroba

Local chefs and food personalities are lending their expertise to help Growing Hope raise money to keep residents of Washtenaw County fed. Here’s how to join the auction!